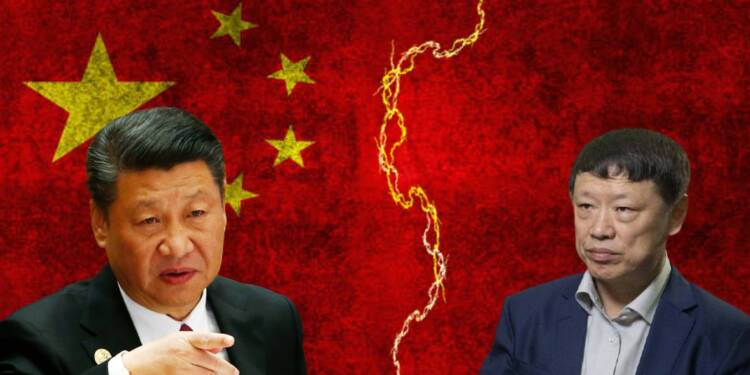 November 8 was the Journalists’ Day in China, and Chief-Editor of China’s official pamphlet Global Times Hu Xijin could not get a better opportunity for venting out all his frustration over the CCP’s repressive regime. Censorship and regulatory measures in China have gotten so rigorous that even the state-controlled media is now not shying away openly upbraiding the CCP’s policies. Hence, in an article published in Global Times titled, “Frontline media need to be trusted to carry on mission”, Hu Xijin did not only underscored the media’s indispensable contribution towards the country’s stability but also dropped a subtle threat to the CCP if Chinese media continues to get the step-motherly treatment from the state leadership.

Global Times rings the knell of the CCP

Hu Xijin, the propaganda-in-chief of China’s state machinery, did not betray his emotions while penning the anti-CCP piece, probably the first time in his career. He writes, “I feel deeply that it is becoming more and more difficult to do media.” Highlighting the CCP’s increasingly frustrating interventions in the workings of Global Times, Hu further writes, “frankly speaking, media practitioners have been subject to increasing restrictions for some time. Most of these interventions have come from government departments and local governments other than the publicity department, as well as various influential institutions.”

Furthermore, Hu Xijin did not mince his words in saying how Global Times has helped the state machinery counter the negative public opinion of the Chinese masses innumerable times. Xijin stressed how media’s coordination with the local government is increasingly becoming an arduous task in China. Xijin writes, “If the media indulges in serving localities and departments, it will impact the media’s function as news outlets and lose credibility and combat effectiveness. Its actual result is the loss of the country’s systemic functions. The more interference they receive, the greater pressure of “making mistakes,” and less enthusiasm journalists will have.”

While concluding his article, Xijin appeared to be suggesting that the Chinese government is not respecting the media in the way it should. Xijin progresses on to write, “Our society needs to respect the media and media professionals more, but in reality, such respect is obviously not enough. The reason behind it may be that some departments are not sufficiently aware of the need to respect the media.”

No prizes for guessing how this article was received by the CCP. As soon as the article caught the attention of the CCP’s regulators and censors, it was immediately taken down; further widening the rift between the CCP governed departments and the state-backed media. Needless to say, censorship in China has reached staggering levels that has now made Journalism a perilous profession for the Chinese.

In his quest of outshining all the historical leaders of the CCP, Xi Jinping has launched a political war against his possible rivals, which has now reached the doorstep of the Chinese media. Private media has already been banned from China, and now the guns have been turned on the state-backed news outlets.

Recently, Caixin media had also borne the brunt of Xi Jinping’s paranoia when the media outlet found its name missing from the list of approved media publications, released by the Cyberspace Administration of China. Caixin media founder and publisher Hu Shuli had previously taken a dig at Xi Jinping while stating that “If the pig’s heads are cooked well, they are quite delicious. The pig’s head is not well received nowadays because of people’s notions. With such a bad reputation, who would want to establish a strategic partnership with pig’s heads at the dinner table?”

Read More: Jinping’s action against Caixin is his first step towards a political suicide

Is any rival faction driving Global Times’ campaign against CCP?

Media outlets in China are highly factionalised. CGTN, for example, was an ‘experiment’ on the part of Shanghai Faction’s Hu Jintao. Similarly, other prominent media houses like Xinhua and Global Times have their own factions. Hence, in the face of Xi Jinping attempting to cement himself as the leader for life in the Communist party, Global Times is highly likely spilling the beans at the behest of some rival faction to Xi Jinping.

Taking down Hu Xijin’s article by the state censors is just the tip of the iceberg. If the CCP’s anxiety is any indication, a bigger tussle between the state media and the CCP must be brewing behind the curtains. Now if Xi Jinping decides to go ahead with the purging of his own propaganda-in-chief sooner than later, it should not really surprise anyone. But the whole episode makes one thing abundantly clear: Xi Jinping’s unending paranoia is earning him nothing but new enemies with each passing day, and that will become the foremost reason for his imminent fall.