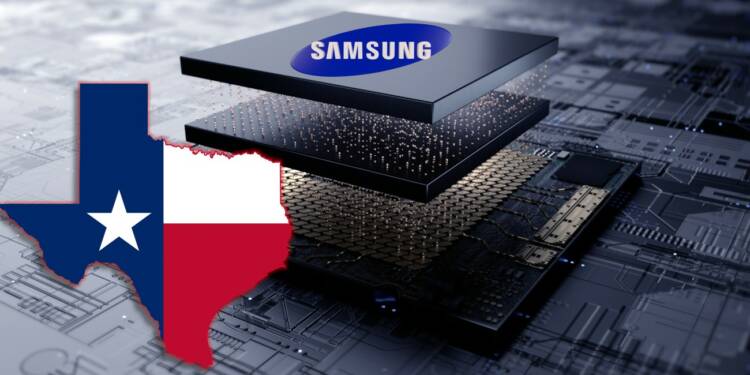 Samsung is getting ready to build a $17 billion semiconductor manufacturing facility in the United States, which would be its second such fab factory in the country. Samsung already has a semiconductor fab facility in Austin, Texas. For the new chipmaking site, Samsung is considering at least three different options, out of which, the undisputed frontrunner is in the red state of Texas. Samsung is also considering Arizona – another conservative state for setting up the facility. Sure, Democrats won Arizona by 3 per cent in the last presidential elections, but the electorate in the state remains conservative to a large extent. And finally, Samsung has also kept its options open for New York State.

However, New York is not even in the race. As a matter of fact, neither is Arizona. Samsung’s new factory coming up in Taylor, Texas seems a certainty now. The project is expected to be the most advanced facility to date for Samsung, which is one of the world’s largest makers of memory chips and smartphones and would create 1,800 jobs. In an important development, this week, the Austin-American Statesman reported that the Taylor Independent School District gave its approval to an incentives deal that, should Samsung accept it, could provide about $300 million in tax savings for the company to build its chip plant near Taylor.

This came after Williamson County and the city of Taylor approved agreements that could be worth more than $350 million in tax breaks to Samsung over 10 years. So, Samsung – wherever it chooses to set up its facility in Texas, could end up receiving massive tax breaks. States ruled by Democrats, meanwhile, will simply not provide such incentives to Samsung, which is why the facility coming up in Texas looks like a done deal now.

Meanwhile, in a sign that the company has already decided on where it will be setting up the semiconductor facility, an application for tax incentives filed by Samsung Electronics has been removed from the Texas Comptroller’s website. In March this year, the chief accountant of Texas sent a letter to the local government advising it that Samsung Electronics is entitled to a property tax cut of at least $285 million over 15 years. The main locations which Samsung is considering are offering far more in tax breaks to the company, which is why it seems to have settled for Texas once again.

People and Companies Leaving Blue States for the Red States:

The 2020 U.S. Moving Migration Patterns Report from North American Moving Services shows Illinois, New York, California, New Jersey, and Maryland to be the top five states for outbound moves among people relocating. Interestingly, for inbound movers, the top states were Idaho, Arizona, South Carolina, Tennessee, and North Carolina. This establishes the fact that people are leaving the Blue States and migrating to the Red States.

High business costs, growing living costs, exorbitant and overbearing environmental fees and steep taxes in California and other Blue States, are together instigating the flight of some of the biggest American tech companies to Texas. The Republican stronghold of Texas offers what the Silicon Valley companies want – lower taxes and a much more business-friendly environment, along with affordable costs of living for the employees.

Read more: Is the Silicon Valley so disillusioned by Democrats that it is deciding to shift base?

Climate, job growth, and the availability of open space were cited as reasons for relocating to southern states in the study. Furthermore, Florida, Tennessee, and Texas do not levy a state income tax. While Arizona, North Carolina, and South Carolina all have a state income tax, the rates are still very low.

Red states are fast emerging as the first choice of companies looking to set up base in the United States, apart from also becoming the favourite destination for people to spend their lives in. People want to live a simple, decent, and peaceful life away from the brouhaha of woke culture and extremist liberalism that has come to plague the Blue States.