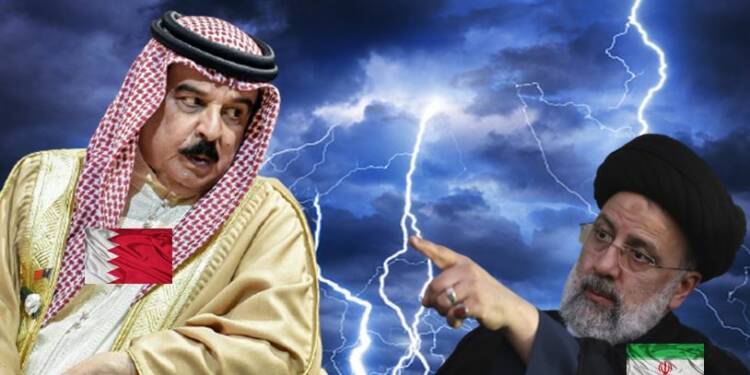 The foreign policy fortunes of Iran are on a consistent slump, and its policy of installing proxies and utilising them for furthering its objectives have failed in countries where it had invested a lot of resources in. Be it Syria or even Iraq, the Iranian proxies and their sympathisers are either asked to leave or stop their activities. In such a situation, a frustrated Tehran is finding it impossible to increase its leverage in the region, and observing Bahrain, which is succeeding in acting as a node for furthering of the Abraham Accords, it has gone back to its habitual practice of destabilising countries.

Bahrain’s Interior Ministry announced that it has captured a group of suspected terrorists and seized weapons and explosives originating in Iran. “Terrorists arrested for plotting terrorist operations against security and civil peace,” the ministry tweeted. “Weapons and explosives from Iran were seized from the arrestees who are linked with terrorist groups in Iran.”

As part of efforts to protect national security, a proactive security operation in cooperation with the National Intelligence Agency, the CID: Terrorists arrested for plotting terrorist operations against security and civil peace.

Iran and Bahrain are both Shia-majority countries. Bahrain’s Sunni rulers, who are close allies with Saudi Arabia, have long accused Iran of inciting discontent among Bahrain’s Shia majority. While the demographics of Bahrain may have prompted Iran to think that it can create a civil war-like situation and go scot-free, it is nothing but a gross miscalculation.

A history of contention:

Bahrain, which hosts the Fifth Fleet of the United States Navy as well as other multinational naval operations, has frequently accused the Shi’ite Muslim nation of Iran of attempting to destabilise the Sunni-ruled country. Such allegations, however, have been refuted by Iran. During the 2011 ‘Arab Spring’, the island state was the only Gulf Arab state to see a significant pro-democracy rebellion from a primarily Shi’ite opposition movement, which it put down with the support of Saudi Arabia and the United Arab Emirates. Bahrain claimed last year, that it had thwarted a ‘terrorist attack’ backed by Iran’s Islamic Revolutionary Guard Corps.

Last year, Bahrain’s High Criminal Court found 51 people guilty of belonging to a terrorist organisation. The suspects allegedly flew to Iran to obtain military training from the Islamic Revolutionary Guard Corps and Shi’ite paramilitary forces in Iraq, according to investigators. Bahrain and Israel will establish full diplomatic relations in 2020, as part of the Trump-brokered Abraham Accords, thanks to a shared distrust of the Islamic Republic of Iran.

The active engagement of Bahrain with the Arab countries to stabilise the region for economic and social progress is counter-productive for Iran, which wants to keep the Arab world de-stabilised, so that it can increase its influence in the region, as well as keep itself geopolitically dominant in the Persian Gulf.

Recently, Iran has made many reckless and irresponsible moves, such as attempting to create a civil war-like situation in Iraq, and then going ahead with an attempted assassination of Iraq’s Prime Minister. According to Anadolu News Agency, Iraq’s Sadrist Movement aspires to build a national majority administration, according to its head, after dominating the country’s legislative elections as the Sairoon Alliance last month.

Muqtada Al-Sadr, a Shia cleric, declared at a press conference in Najaf, southern Iraq, that uncontrolled armed groups like the Iran-backed Hashd Al-Shaabi militia, should be dissolved and their weapons handed over to the government. If anything, this call by a significant Shia cleric tells the reality of Iraq, where Tehran has lost the support of Shias, while Saudi Arabia and other Arab allies gain influence.

When it comes to Syria, it has just two partners – Russia and Iran. But, the Middle East is changing fast. It is undergoing an overhaul. The Arab world is now looking to embrace Syria once again, and the war-torn nation is expected to be welcomed into the Arab League by Saudi Arabia, soon. With ties between Syria and the Sunni Muslim-Arab world improving at an unprecedented pace, Iran finds itself getting sidelined by Damascus – rightfully so.

Also read: Syria breaks up with Iran as it openly flirts with Israel

Bashar al-Assad recently sacked the Iranian commander for misadventure against Israel. Under the instructions of Assad, Syria has shunned the commander of Iran’s Quds Force in the country, after he almost caused an “unwanted regional war” with Israel. According to AlHadath, a Saudi television network operated by Al Arabiya, Mustafa Jawad Ghafari has been ‘excluded’ over a series of actions he took, that was viewed by Assad as “a major breach of Syrian sovereignty at all levels.”

These developments have been concerning for Tehran, which was enjoying an increase in its influence in the region only a few months ago. However, the concerns have translated into an unofficial attack against Bahrain, and going ahead, it will only galvanize the Arab-Israel duo, which is already finding ways to rally against Iran.