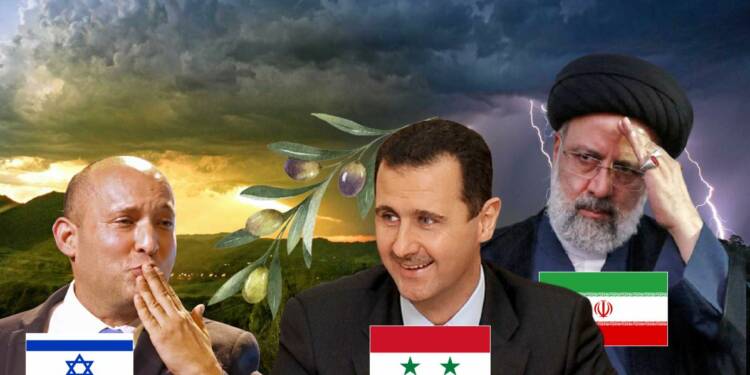 Syria is openly flirting with Israel. It has slapped Iran, and Ebrahim Raisi has been left red faced. During the Arab Spring demonstrations triggered by the then Obama administration in the United States, Sunni Muslims and the Muslim Brotherhood had mounted an aggressive onslaught on Assad’s regime, pushing the country into a massive humanitarian crisis which lingers on to this day. Assad was depicted as the evil-incarnate. He was shown as a mass murderer, human rights abuser, and a man who had no right to remain in power. Much of the Western world had then shunned Syria, and treated it like a pariah state.

Also read: After a decade-long war, the West finally surrenders and Assad emerges as the giant slayer

For a long time, Syria had just two partners – Russia and Iran. But, the Middle East is changing fast. It is undergoing an overhaul. The Arab world is now looking to embrace Syria once again, and the war-torn nation is expected to be welcomed into the Arab League by Saudi Arabia, soon. With ties between Syria and the Sunni Muslim-Arab world improving at an unprecedented pace, Iran finds itself getting side-lined by Damascus – rightfully so.

Under the instructions of Bashar al-Assad, Syria has shunned the commander of Iran’s Quds Force in the country, after he almost caused an “unwanted regional war” with Israel. According to AlHadath, a Saudi television network operated by Al Arabiya, Mustafa Jawad Ghafari has been “excluded” over a series of actions he took, that were viewed by Bashar Assad as “a major breach of Syrian sovereignty at all levels.”

The report said that acting “contrary to instructions,” Ghafari led “a number of activities against the United States and Israel that almost led to the entry of Syria into an unwanted regional war, including the attack on American targets in Syria on October 20 by Iranian-backed militias.” The Saudi news network added that the shunning of the Iranian commander came after months of disputes. owing to his actions.

Also read: Israel prepares to lay siege on Iran as Biden and Merkel push to revive the Iran nuclear deal

Apart from deploying Iranian weapons where Syria specifically told him there should be none, the top IRGC (Islamic Revolutionary Guard Corps) commander who has now been dismissed by Damascus also ran a smuggling racket in order to give rise to a black market of goods within Syria.

Syria, according to the report, seems to be hitting out at Iran on multiple levels. Not only has Syria dismissed the top IRGC commander, but has also accused Iran of exploiting Syria’s natural resources. “The Iranian forces in Syria have repeatedly exploited the Syrian natural resources for their personal interests, as well as looting economic resources and evading paying taxes to the Syrian state,” the report said.

Israel has not really been a supporter of the Bashar al-Assad regime in Syria. But now, with Assad making it clear that he is willing to comprehensively dump Iran in order to better ties with Israel, Tel Aviv will surely respond in kind. Syria has effectively prevented a war with Israel, and Tel Aviv will appreciate Bashar al-Assad’s efforts to not let Iran reign supreme in Damascus.

Also, there is the Russia-factor at play here. Russia is lobbying across the Middle East for Arab nations to grant recognition to the Assad regime. At a time when the USA is not really infusing confidence within Israel as far as their bilateral and security partnership is concerned, Israel and Russia are looking to enhance ties and cooperation among themselves. Russia, of course, would want to have Syria get recognised by Israel. So, that is the added motivation behind Syria taking the anti-Iran decision, and Israel appreciating the same as a stepping stone to build ties between Tel Aviv and Damascus.