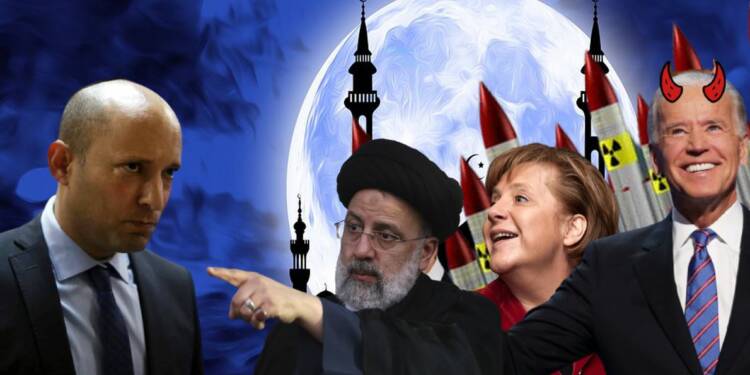 Israel is preparing to attack Iran. A conflict is on its way. The build-up between Israel and Iran has been long and tense. A war between the two has been on the lines for quite some time now. Finally, the much-anticipated war is coming. Israel is now preparing to use its air force to strike deep within Iranian territory. Its goals are simple – Israel seeks to obliterate the Shi’ite nation’s nuclear facilities and assets, thus paralysing its ability to produce nuclear bombs. Secondly, Israel will also target pro-Iran militias which Tehran uses in its proxy wars across the Middle East, especially against the Jewish nation.

According to the Associated Press, top Israeli defense officials say the country is preparing for the possibility of an armed conflict with regional arch-rival Iran and its proxies. Israeli army chief of staff Lt. Gen. Rav Aluf Aviv Kohavi said on Tuesday, that the Israeli military was “speeding up the operational plans and readiness for dealing with Iran and the nuclear military threat.” Kohavi said the military “continued to act against our enemies in covert operations and missions around the Middle East”, during the past year. According to the Times of Israel, Israeli Air Force is now expected to resume practicing for a strike on Iran’s nuclear program.

Meanwhile, Defense Minister Benny Gantz said that Israel was “working all the time to prevent war — carrying out operations, conveying messages, preventing (a military) build-up.” In an open declaration of Israel’s newfound capabilities, Gantz said, “we will be prepared to execute operations that haven’t been seen in the past, with means that weren’t in our hands in the past, that will harm the heart of terror and its abilities.”

Israel preparing for war at a time when Biden and Merkel lie prostrated before Tehran:

Israel’s announcements of it preparing for a war against Iran are not ones made out of the blue. In fact, they are strategic responses to the likes of Joe Biden and Angela Merkel prostrating before Iran in order to revive the Joint Comprehensive Plan of Action (JCPOA), also called the Iran Nuclear Deal. For Israel, Iran is an existential threat. And the United States is the strongest and most reliable ally Israel has ever had. However, under Biden, that dynamic is fast changing.

Joe Biden has given a pledge that if the US returns to the Iran nuclear agreement, it will only subsequently leave if Tehran clearly breaks the terms of the deal. This is nothing short of Biden surrendering to Iran, as this was one of Tehran’s key demands. With it fulfilled, and with talks in Vienna set to resume soon, a nuclear deal revival seems just around the corner.

Also read: Iran is currently at its weakest and Israel is in the mood of a final definitive attack

Joe Biden also took a shot at former President Donald Trump for walking out of the nuclear deal in 2018. He added that the US was still paying the price of bad choices made by the Trump administration. At the recent G20 summit, where he held talks with European leaders, Biden said, “We came together to reiterate our shared belief that diplomacy is the best way to prevent Iran from getting a nuclear weapon and discussed how best to encourage Iran to resume serious good faith negotiations.”

As for Angela Merkel, her shamelessness knew no bounds. Sitting right across Israeli Prime Minister Naftali Bennett, the outgoing German Chancellor called on Iran to return to negotiations on a future nuclear deal. During her visit to Israel last month, Merkel indicated that coming weeks are decisive for the future of the nuclear deal with Iran.

She sought to send out invites to Russia and China to ensure that Iran returns to the table as soon as possible, saying, “I also see a responsibility for Russia and China here, since if the JCPOA (nuclear deal) is no longer doing what it’s meant to do then that’s very difficult, so we are now in very decisive weeks for this deal.”

Why are Biden and Merkel pushing for the Iran Nuclear Deal?

Joe Biden has been farting and sleeping around. There are no doubts about it. Americans in general are simply fed up of the man. They want to get rid of Biden as soon as possible. His approval ratings are nosediving, and very recent polls suggest that Donald Trump would defeat Biden in the 2024 presidential elections, if the two faceoff. Kamala Harris’ approval ratings have slumped to 28%, among the lowest any Vice President has ever had so early into an administration. So that’s that.

In such a time, Joe Biden desperately needs a victory to account for. Even among Democrats, approval for the Biden-Harris duo is plummeting. At least to please his own voters and supporters, Biden needs a solid win on the Iran front.

Also read: ‘Gas’ is the reason why the EU keeps sucking up to Iran and abusing Israel

As for Angela Merkel, it’s all about gas. A nuclear deal will provide Iran significant legroom around the world. It will be able to supply Germany with substantial amounts of energy, which currently Russia does. But Merkel and EU at large want to decouple from Russia and grow independent of it. By having Iran enter the nuclear deal once again, Germany will be able to achieve at least some energy independence from Russia.

Angela Merkel is set to retire soon. Her term as Chancellor is coming to an end, and with it, her political career is also nearing retirement. As such, like Biden, Merkel too needs a win. This would be a parting gift of sorts from her side to the European Union and the world. Merkel wants to exit with a bang, and the Iran Nuclear Deal being revived can be her badge of departing glory.

Israel, fully aware of the vested interests at play, is readying itself to deal with the Iran threat, alone.