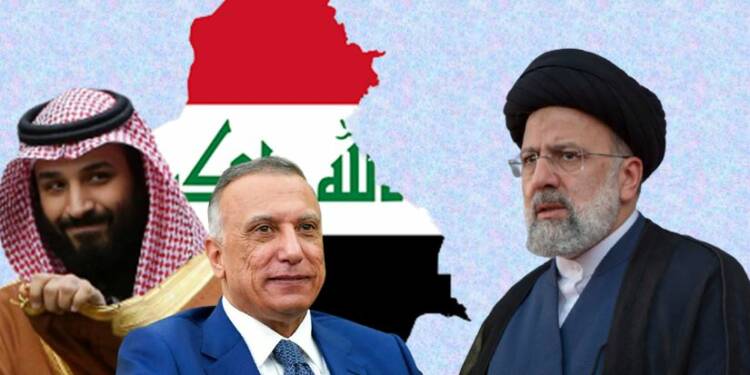 The Middle East situation is rapidly shifting into a new alignment, and as countries form new alliances, Iran and its proxies are standing on the losing end of the new geopolitical alignments. This is most evident in Iraq, where the government is working to strengthen the country’s democratic capacities while reducing the impact of Iran’s destabilising proxies. With the recent success in conducting a democratic election, the country has shown its capability in mitigating the threats to its democracy. However, these developments have created a scenario where Iran and its proxies have taken to anarchy, given the people of Iran have been fed-up with Tehran’s destabilising policies.

Also read: Iran is using Iraq to gain leverage over Saudi Arabia in the ongoing talks and Iraq will be the ultimate casualty

Recently, Iran has made many reckless and irresponsible moves, such as attempting to create a civil war-like situation and then going ahead with an attempted assassination of Iraq’s Prime Minister. According to Anadolu News Agency, Iraq’s Sadrist Movement aspires to build a national majority administration, according to its head, after dominating the country’s legislative elections as the Sairoon Alliance last month. Muqtada Al-Sadr, a Shia cleric, declared at a press conference in Najaf, southern Iraq, that uncontrolled armed groups like the Iran-backed Hashd Al-Shaabi militia should be dissolved and their weapons handed over to the government. If anything, this call by a significant Shia cleric tells the reality of Iraq, where Tehran has lost the support of Shias, while Saudi Arabia and other Arab allies gain influence.

Iraqi President Barham Salih met with Prime Minister Mustafa al-Kadhimi and Chief Justice of the Supreme Judicial Council Faiq Zaidan on November 18 at Baghdad Palace in the Green Zone, despite the political gridlock following the October 10 elections. “The attendees discussed an initiative for resolving the current political crisis, which will be presented to political forces in a way that paves the way for the formation of an effective government serving the people’s interests and safeguarding the country’s supreme interests,” the Iraqi presidency said in a statement. The recent pronouncements of Salih, Kadhimi, and Zaidan provide an overall picture of the project.

The integrity of the October elections was verified by Chief Justice Zaidan, who stated that “there is no legal evidence to prove” that they were rigged. Hundreds of complaints have been filed with the Independent Electoral Commission. Only a few have been confirmed as legitimate, resulting in only a slight shift in the election outcome. A judicial team under the supervision of the Judiciary Council double-checked the procedure of studying the complaints, and the final results are scheduled to be validated by the Federal Court, next week.

Iran’s attempt to start a civil war in Iraq fails:

Certain forces in Iraq, according to Mustafa Al-Kadhimi, Iraq’s Prime Minister, are against the country’s continuous stride towards democracy and the fight against corruption. He emphasized, “We were able to keep Iraq from becoming embroiled in a regional conflict and bring the country to safety. We have fought corruption and will continue to do so in the future. They will not be able to evade the law.”

Also read: Iraq will be Iran’s first target after US-Iran nuclear deal but Saudi and UAE have begun strengthening their Arab ally

In the early hours of November 7, an assassination attempt was made against Iraq’s prime minister. Bomb-laden drones struck Al-Kadhimi’s home in Baghdad’s strict security Green Zone, which houses international embassies and government buildings. Al-Kadhimi claimed on Twitter, that he was unharmed. The drones were launched from Baghdad’s northern suburb, around 10 kilometres away from the “green zone,” according to Al-Arabiya television. The incident left at least seven individuals injured. While Iran wanted this to turn the country into anarchy, these attempts fell flat in the face of dwindling support for Tehran and its factions.

Iraqi government’s changing views towards Israel and the attempted normalisation:

In an unprecedented development in September, over 300 prominent Iraqis called on their government to join the Abraham Accords and forge closer ties with Israel. “We demand full diplomatic relations with the State of Israel…and a new policy of normalization based on people-to-people relations with the citizens of that country,” said Wissam al-Hardan, who commanded Sunni tribal militias that aligned with the United States to fight Al-Qaeda in 2005.

Also read: Iraq maybe the next country to sign the Abraham Accords

The plea was announced in a gathering held in Iraqi Kurdistan’s capital of Erbil. The gathering included Sunni and Shi’ite tribal leaders, social activists, and former military commanders along with some former UAE and Israeli officials. The development shows growing acceptance of the Jewish state in Iraq. Iraq has strict laws for punishing citizens having close links with Israeli citizens; before 2010, promoting ‘Zionist values’ and ‘Zionist organisations’ was punishable by death. However, a later amendment diluted the provisions and limited the sentence to life imprisonment. In addition to this, the country has become closer to Saudi Arabia and its allies in the region.

In response to the protests, Muqtada al-Sadr, the leader of the Sadrist movement, indicated in a press conference on October 18, that he is willing to create a majority administration. He won the most seats in the elections. Sadr met with parliament speaker Mohammed al-Halbusi, who won a majority of Sunni votes and 34 seats, as well as a delegation from the Kurdistan Democratic Party, which won a majority of Kurdish votes and 37 seats, two weeks ago.

Sadr also tried to put the ball in his opponent’s court by asking for militias outside of the PMU to be disarmed. “I demand that the PMU’s undisciplined elements be liquidated,” he stated. “All armed factions must be disbanded and disarmed immediately, with their weapons being handed over to the PMF under the supervision of the commander in chief [of the military forces (Kadhimi)].” These statements by a prominent Shia leader in Iraq goes on to show that the Shias in Iraq no longer believe in the intentions of Iran, while the forces aligned with Tehran wreak havoc.