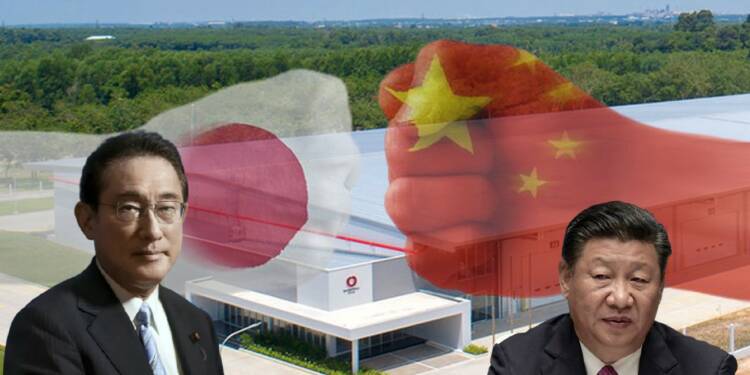 Japan is about to turn Southeast Asia into a logistical hub. Already, several Japanese companies and manufacturers have facilities in Southeast Asian nations. Now, in a move that is aimed at countering China and also ensuring that ASEAN as a whole relies on Japan when it comes to supply chain fulfilments and distribution of goods, a Japanese developer is going to change the face of logistics in the region. China eyes Southeast Asia with lustful eyes, and its goals are anything but justified and holy. China seeks to establish a hegemony across the Indo Pacific, but countries like Japan are simply not letting Beijing have that long leash. Instead, they are putting a spiked collar on Xi Jinping’s neck.

Japanese developer Daiwa House Industry will soon be launching an international logistics business in Southeast Asia, catering to the growing number of Japanese manufacturers operating in the region. According to a report by Nikkei Asia, Daiwa Logistics will provide a one-stop-shop for third-party logistics services, including transportation and warehousing. The company, which already develops logistics centres in Southeast Asia, looks to leverage the know-how it has gained from transporting construction materials in its home market to expand its business and strengthen its presence in the region.

The logistics centre is set to be launched in Vietnam this month, and the company has plans to expand later to nearby countries, with Japan eyeing influence expansions across Southeast Asia. With Japan strengthening the logistics infrastructure of Southeast Asia, Tokyo will be able to control the supply chains in the region and let’s just say – life will get very difficult for China. Japan, by building logistics infrastructure in the region, is clearing the way for more and more Japanese companies to shift base to Southeast Asia.

A growing Japanese footprint among ASEAN countries will help Tokyo in more ways than one. And then, Japan has been trying to win over countries of this region for quite some time now. Earlier this year, taking Japan’s lead, countries like Vietnam and the Philippines called China out in the backdrop of its regime handing out unprecedented powers to the country’s quasi-military.

Also, reported by TFI, Japan and ASEAN member states are coming together to fight the menace of climate change. Japan is about to help Southeast Asian nations decarbonise themselves in the coming years. Tokyo has taken the lead in compiling a road map to decarbonisation and setting up a public and private investment and loan facility of $10 billion, apart from encouraging the development of renewables and stronger energy conservation measures. The $10 billion being extended by Japan to ASEAN members will specifically be used for purposes such as energy-saving efforts, the introduction of renewable energy and a switch from coal to cleaner liquefied natural gas for thermal power generation.

In October last year, former Japanese Prime Minister Yoshihide Suga had promised infrastructural aid to countries like Vietnam and Indonesia. His broad plan, which also includes countries like Laos, Cambodia, Thailand and Myanmar is a direct affront to China’s much-touted Belt and Road Initiative, which has been exposed the world over as a debt-trap scheme.

Japan is fast emerging as the leader of Southeast Asia, which all ASEAN countries can trust and repose their faith in. Japan, by virtue of its principled actions and stand, is the perfect antidote to China in the region.

We foretold that China would split ASEAN into two groups. It has almost succeeded