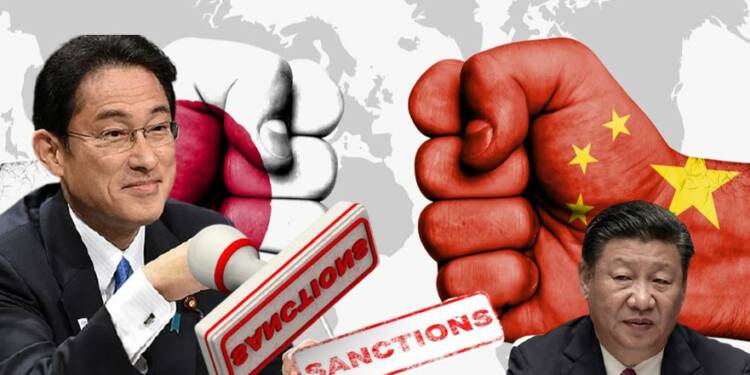 The Japanese government has been consistent in its policies towards China, and considering the increased belligerence in the last couple of years, Tokyo has given some serious thought to creating a holistic strategy for the country, fearing any attacks by the Chinese Communist Party (CCP). Technology theft by China has been a burning issue for Japan, and in recent times, Tokyo has taken a number of steps to prevent the same. China’s tech theft has also resulted in Beijing losing all scope of rapprochement with Japan.

The latest addition to the number of steps is the nation coming up with its own set of laws to sanction Chinese companies and the CCP officials. As reported by Nikkei Asia, Japanese lawmakers will launch a cross-party alliance to craft legislation, to enable sanctions over human rights abuses, pushing Tokyo to follow the lead of the US and Europe in punishing China for the mistreatment of its Uyghur Muslim minority. The group, which includes former Defense Minister Gen. Nakatani of the ruling Liberal Democratic Party and Shiori Yamao of the opposition Democratic Party for the People, plans to introduce legislation to that effect during the current legislative session.

Interestingly, this is not the first time that Japan has cracked down on China’s theft racket in the country. In April this year, Japan moved to impose tougher disclosure rules on universities, to keep information that could be used for military purposes out of foreign hands. University researchers were required to report any financial contributions from foreign and other external sources when applying for public funds. They were also made liable to face restrictions on receiving such funding, if found to have made false reports.

Chinese students dominate the international community in Japanese universities. Of some 280,000 foreign students in Japan, 40% belong to China. However, this could change soon, as Tokyo prepares to weed out Chinese student spies and Intellectual Property (IP) thieves from its university campuses.

The latest move comes after the United States, Canada, and the United Kingdom joined the European Union (EU) in putting asset freezes and travel restrictions on Chinese officials over Xinjiang, leaving Japan as the only member of the Group of Seven not to do so.

“The Japanese government has expressed alarm and concern” about the situation in Xinjiang, but “it needs to take action,” Nakatani said at a meeting on Wednesday to prepare for a formal proposal as soon as next month. Japan is the only G-7 country without a specific legislative foundation for human rights sanctions similar to the Magnitsky Act in the United States.

Nearly every lower house party is involved in the endeavour to close the gap, including the left-leaning Constitutional Democratic Party, Japan’s largest opposition party, and the conservative opposition – Japan Innovation Party. Laws that impose penalties on foreign officials accused of human rights crimes are commonly referred to as Magnitsky legislation, after a landmark US law. In 2012, the United States passed the first Magnitsky Act, which targeted Russia in response to the death in a Moscow prison of tax lawyer Sergei Magnitsky, who was probing government wrongdoing.

Aside from legal considerations, Japan has long been hesitant to engage in direct conflict with China, its largest economic partner. However, as the government in Tokyo has become resolute regarding its intent to take on China, it has become easy to reach a consensus when it comes to the question of China’s technology theft and its record of human rights abuses.