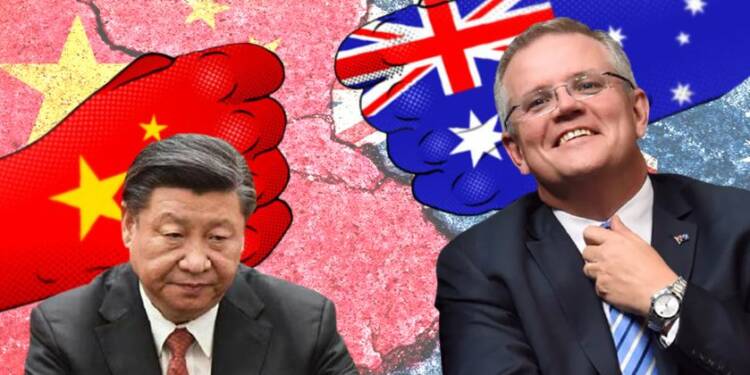 After over a one and a half year of trade war with the down-under country of Australia, China has finally come back to its senses. According to Australian media, China, which had imposed a ban on the import of Australian coal amid the trade war, has now unofficially opened the channel in desperation to pull itself out of the deep power crisis currently plaguing almost every big city of the country.

According to China’s latest customs report, it was revealed that the CCP (Chinese Communist Party) regime last month imported 2.78 million tonnes of Australian coal, in what could be a relaxation of its ban.

Part of those numbers were from 778,000 tonnes of Australian coking coal for steel-making, and a further million tonnes of thermal coal, which can be used for electricity.

One of the experts privy to the matter remarked, “China relaxed it [the policy] given how acute the coal problem was in China. The way that they approached this is they were quite practical about it. Their economy would be impacted slowly if they couldn’t provide power.”

What happened between China-Australia?

China had been miffed with PM Scott Morrison, Home Affairs Minister Peter Dutton, and Foreign Minister Marise Payne, and his entire government for targeting China incessantly in the aftermath of the pandemic.

Reported extensively by TFI, Australia was one of the few countries initially to ask for an open, independent and impartial investigation into the origins of the Coronavirus. Australia repeatedly batted for the Wuhan virus leak theory, which irked the Politburo of China.

Such was the anger of Xi Jinping, that he employed his state-owned media and mouthpiece (Global Times), to foul-mouth Australia. Reported by TFI, the tabloid magazine’s editor Hu Xijin in May of last year, had passed a rather distasteful remark which showed Beijing’s helplessness.

Comparing Australia to chewing gum, Hu said, “Australia is always there, making trouble. It is a bit like chewing gum stuck on the sole of China’s shoes. Sometimes you have to find a stone to rub it off,”

The editor even threatened Australia on Twitter, by saying that the Chinese will start boycotting Australian products, and students will stop coming to the Australian universities if the authorities didn’t back down.

Let me give a "coercion" to Australia. As its attitude toward China becomes worse and worse, Chinese companies will definitely reduce economic cooperation with Australia, and the number of Chinese students & visitors going to Australia will also decrease. Time will prove it all. pic.twitter.com/JyixLicz9g

China tried its best to punish Australia by imposing reckless tariffs on Australian meat and barley, and exploiting its influence in Australian political circles, power sector infrastructure, and even water resources.

However, despite repeated threats of culling of economic ties by China, the Kangaroos did not throw in the towel. Fast forward today, and China has been forced to take a volte-face on its tough yet brittle posturing stance.

What is happening in China?

China is the biggest coal consumer in the world. The communist nation still consumes over 56% of coal as a part of its total energy consumption. Fossil fuel is the most vital part of China’s energy security. Such a high concentration of thermal power in China means that any decline in coal supply hurts its ability to generate sufficient electricity.

Presently, China is facing a serious shortfall of Australian coal. Last year, Beijing had imposed an unofficial ban on Australian coal, that immediately led to the southern provinces in the communist nation going dark.

Moreover, as a direct repercussion of the scarcity of non-renewable material, China has been forced to shut down everything from aluminium smelters to textiles, and even food processing units like soybean plants.

To worsen Beijing’s woes, the three main industrial Chinese provinces- Jiangsu, Zhejiang, and Guangdong, that account for around a third of the economy of China, have been facing power (electricity) cuts. Similarly, in Zhejiang, 160 industrial units including textile units, had to be shut down.

Thus, China was forced to order the precious Australian coal to keep its industries running. It’s a big win for Australia and a lesson for countries across the planet. Canberra kept its cool and fended off one attack after another from Beijing and ultimately came on top by landing the final sucker punch.