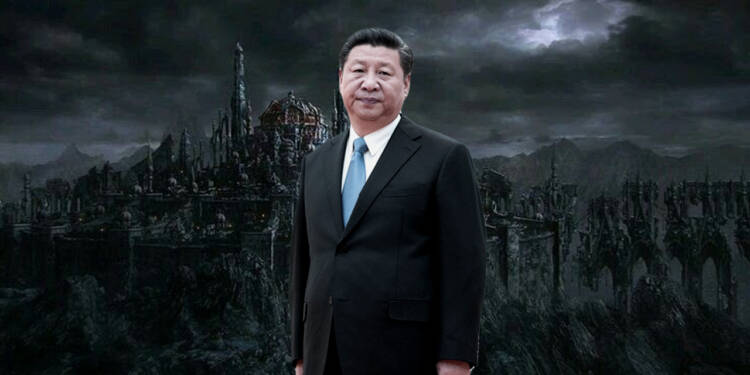 Chinese President Xi Jinping’s desperate bid to punish Australia is taking a heavy toll on China’s economy. Xi’s reckless trade wars against Australia have now brought China to such an abysmal state that the Communist nation cannot produce, construct or even live properly.

Xi’s misguided trade belligerence against Australia is killing the Chinese economy systemically. The Chinese President has himself murdered his country’s huge steel industry. Also, his actions are bringing down the general standard of living in the Communist nation, apart from creating bottlenecks in his own plans to reinvigorate economic growth by boosting construction activity.

In fact, there is a chain of events that have put China in a tight spot. Last year, Xi started imposing tariffs and other trade barriers on different Australian products including barley, wine, beef, timber, lamb and lobster.

Read More: In one of 2020’s biggest diplomatic spats, Scott Morrison is the clear winner as his China-gamble pays off brilliantly

Beijing initiated the tariffs war following a major diplomatic standoff between the Australian and Chinese governments. Ultimately, Xi got carried away with his tariff wars and ended up imposing an unofficial ban on Australian coal. The consequences of the reckless ban have however been uncontrollable for Xi Jinping.

Xi’s ban on Australian coal has annihilated coal-based industries in China. One of these coal-based industries is steel manufacturing. Till now, China was a world leader in steel production. It manufactured a little more than half of the strategic good. But the steel industry in China has been hit hard by the shortage of coking coal- a key raw material in steel production. So, with the lack of Australian coal, China cannot produce properly.

Steel is a strategic good and the lack of its availability can often snowball into bigger problems. China has realised this practically, as Xi’s plans to pump billions of dollars into construction activity and boosting growth numbers now stand imperilled. China simply doesn’t have sufficient steel to power its construction activity. Therefore, China cannot construct properly, due to Xi’s reckless trade wars against Canberra.

To compensate for this lack of Australian coal, China will be importing from Russia. And this is a disaster recipe because Chinese industrialists have invested extensively in equipment meant to work solely with Australian coal. Imports from Russia will not help here.

Now, the Xi administration is looking to import scrap steel in a desperate attempt to sustain high levels of construction activity. However, this means that the Chinese President is getting more and more entangled in his own trade wars. By importing scrap steel to push construction activity and in turn China’s growth numbers, Xi is only murdering China’s local steel industry even more brutally. As such, Xi’s solutions for tackling the steel shortage only expose Beijing’s vulnerabilities.

In fact, any bottlenecks in construction activity and steel manufacturing- the two major pillars of Chinese economic growth, are only going to cause a massive slide in Chinese growth. The general standard of living in China is only going to decline as a necessary consequence.

In fact, Xi’s desperate bid to punish Australia has made China’s winter season even more painful. Millions of citizens across the Communist nation remain deprived of heating facilities due to extensive power rationing by local authorities. Not only this, the frenzy has reached such a level that local governments in China have dispatched a large number of civil servants to break into villagers’ homes and take away people’s coal and firewood and even dismantle their stoves. Chinese citizens cannot even live properly and remain forced to shiver in the peak winter season, only due to Xi’s desperate tariff wars against Australia which has turned into a prestige issue for him.