Not as deadly as you think 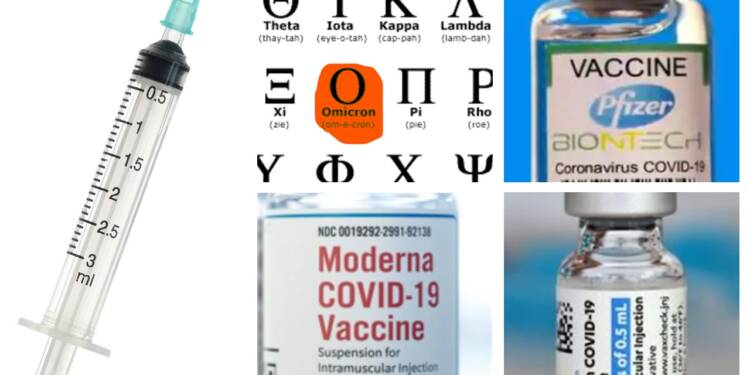 As governments across the world scramble to shut their borders down, and as media launches a fresh surge of fear-mongering among the masses, the multi-billion coronavirus (Big Pharma) industry is finally heaving a sigh of relief at the emergence of the Omicron variant.

Banking on this reckless and agenda-driven propaganda, vaccine makers are hoping to aggressively re-launch their faulty products into the markets, as people had grown skeptical about their intentions after their mindless ‘boost the booster’ antics.

What experts on the ground say about the Omicron Variant?

But is the new variant even worth this unparalleled hysteria? Data and facts say absolutely not! South Africa, where this variant is believed to have been found first, remains calm so far.

In South Africa, what is spreading like a wildfire is the panic fueled by media and vaccine makers, not the virus itself. Experts in South Africa are hardly worried.

Barry Schoub, chairman of the Ministerial Advisory Committee on Vaccines, and the doctor who first discovered the strain recently said in an interview that the Omicron variant is “mild” and hasn’t caused an uptick in hospitalizations.

He said, “The cases that have occurred so far have all been mild cases, mild-to-moderate cases, and that’s a good sign.” He, in fact, called this variant a blessing in disguise as “it could very well push out the much more dangerous and more stable delta strain”.

Angelique Coetzee, chair of the South African Medical Association, also said that the variant has not stressed the health infrastructure of the country. She said, “We haven’t admitted anyone to the hospital with the new variant.” And that’s happening in a country where more than 65% of the population is not even vaccinated.

How the Omicron virus hysteria helps the vaccine makers?

It becomes clear from the statements of doctors and other experts that the hysteria around the Omicron variant is being blown out of proportion. Why, because it helps vaccine makers in two ways:

We all know how the Covid-19 came as a boon for the Big Pharma. This year alone, the Covid-19 vaccine has brought in a revenue of $24.3 billion for Pfizer. But of course, these companies are now striving to maximize their profits by banking on the emergence of new variants.

Delta variant, for instance, gave these companies the fortune moment to market their booster shots. Pfizer earlier claimed people would need to be jabbed with two shots to acquire the needed immunity to eliminate the lethality of the virus.

But as soon as the Delta variant emerged, they harnessed it to deepen their pockets. This was how the “Booster shot scandal” was shoved down the throat of innocent masses.

So, the Big Pharma industry is now laying the groundwork to milk the Omicron variant for all its worth. Vaccine manufacturers are already making it a point to advertise their “Boost the booster” agenda. Believe me that day is not far when we would be told to get jabbed with “the greater booster shot” to boost the earlier booster shot that we got jabbed with after the Delta variant got unleashed.

A scam to set another scam in motion?

The thriving coronavirus industry is very powerful, and some reports even claim that this industry orchestrated a market slump on “Black Friday” just to fuel the virus hysteria.

Dow Jones lost almost 1000 points the single day, and Market Watch in one of its reports hinted that a market manipulation had taken place the same day. A red market may have caused distress to small investors, but it worked as a great advertisement for the vaccine makers.

There is a greater possibility that international media, which spared no efforts in dismissing the vaccines from non-western nations, is brazenly engaging in fear-mongering on the behest of Western Big Pharma. The governments and vaccine makers must be held accountable for their responsibilities and must be asked some tough questions before they ask you to get yourself jabbed with a fourth booster shot in foreseeable future.