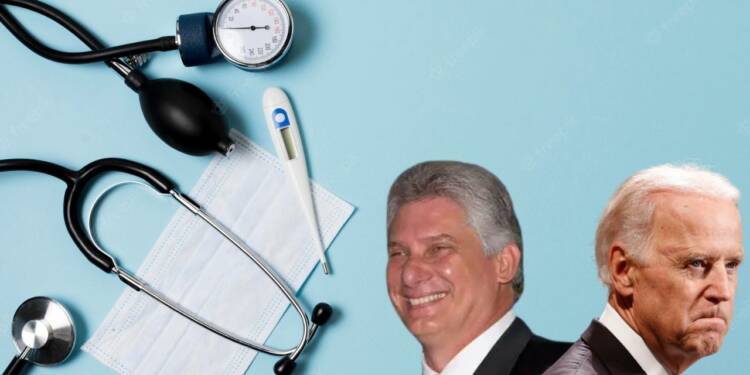 Cuban healthcare sector: Sunlight does penetrate even the deepest caverns sometimes. The 60th anniversary of embargoes on Cuba serves as a sobering reminder of the failures of American foreign policy, which resulted in the most comprehensive set of sanctions on Cuba.

The Biden administration continues to support the embargo as a manifestation of hostility between the United States and Cuba despite the fact that it has been in place for more than 50 years. Undeterred by the harshest sanctions, isolation, and harassment of 60 years, Cuba is still outgunning the USA in Healthcare.

According to a media report by the Hindu, Aleida Guevara, daughter of revolutionary Che Guevara has announced that Cuba is already developing cancer vaccines and Alzheimer’s medicines. Interacting with the students of the Asian College of Journalism, Aleida was reportedly seen praising Cuban healthcare sector and research. She emphasized the strength of Cuba’s healthcare, stating that the free and universal system gave preventive care priority. The healthcare system began at the level of family doctors, who regularly interacted with the local population along with nurses, social workers, and psychologists.

Now, it has advanced to the level of municipal, provincial, and national institutes, which are taking new steps for the betterment of humanity.

Over the years, the Cuban healthcare sector has come in the spotlight for its remarkable achievements. It is often stated as one of El Commandante’s greatest achievements born because of the US blockade. Due to these sanctions, Cubans were compelled to develop medicines and plastic bandages, which were otherwise not available to them. Some authors and experts stress that the entire Cuban health system is based on the model called “The family doctor and nurse”, developed in 1984.

This may be the main reason why Cuba was able to combat COVID-19 so much better than its bitter rival, the United States. It demonstrated excellent results when compared to the US, even though there was a significant power index difference, taking into account the fundamental variations in the structure and organization of the health systems.

The real pharmacy of the world

Another major field where Cuba has defeated the USA is medicinal research. Cuba’s COVID-19 vaccines, Abdala and Soberana, were considered one of the safest in Cuba and abroad. The Cuban vaccines were also stable at temperatures above 30 C, making exports a really easy task. They are being evaluated by other nations, and eight countries are already using them. The nations has a rich history of developing vaccines and medicines for diseases that have hit Cuba hard, such as  dengue, yellow fever, malaria, and other respiratory diseases.

Cubans are also working on creating natural-based products such as moringa leaves, which have 7 times more vitamin C than oranges and 15 times more potassium than bananas. These products are loaded with calcium, protein, iron, and amino acids, which help build muscle and contain antioxidants that boost the immune system.

The sanctions were imposed on Cuba to crush the nation entirely but, it somehow made Cuba realize its actual capabilities. Now, these capabilities are also being appreciated by the world.

Cuba has sent 53 brigades to other countries and has over 28,000 Cuban healthcare professionals residing in 58 nations. Nations like Brazil also had medical schemes like Mais Medicos with Cuba for the treatment of Brazilians suffering from dental or orthopedic issues.

Read More: Barbados’ “too little too late” lesson to the Grandmaster of Slavery