If the Jamaican estimates are to be believed, there are a number of reasons why police officers are quitting. Some are leaving for greener pastures; the lack of resources, the disrespect, you name it 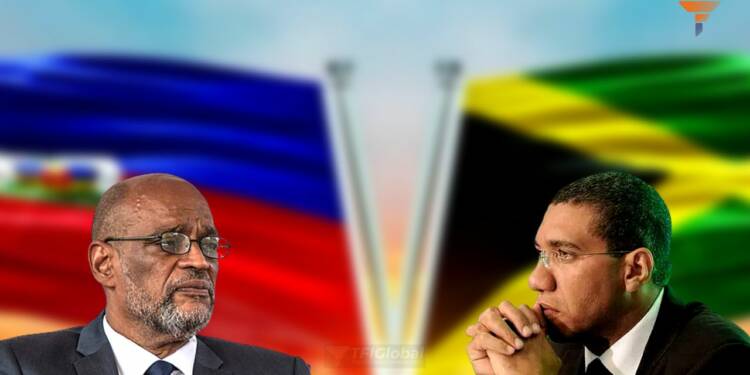 According to a media report by Jamaica gleaner, Jamaican PolFed has announced that Jamaica Constabulary Force (JCF) is suffering from a massive brain drain as the officers are resigning ‘left, right and center’.

Police officers are reportedly leaving the Jamaica Constabulary Force (JCF) “in droves” with almost all divisions impacted by the exodus, especially since late last year.

Corporal Rohan James, chairman of the Police Federation, declared, “Persons are submitting resignations left, right, and center. It is right across the Jamaica Constabulary Force (JCF); even specialized operations are being jolted.”

There are also reports in Jamaica that 25 members of the force have resigned from one police division since the start of the year.

If the Jamaican estimates are to be believed, there are a number of reasons why police officers are quitting. Some are leaving for greener pastures; the lack of resources, the disrespect, you name it, a lot of them have left Jamaica, and a lot of them are in other armed forces across the region. But, the most primal reason is that they are just tired of the crime.

Police being hounded by gangs

Gangs, dons, lottery scammers, and other violence producers in Jamaica have created an atmosphere of fear and intimidation. They have left residents in several communities, rural and urban, suffering from post-traumatic stress and other anxiety disorders.

On occasions, Jamaica Constabulary Force (JCF) personnel have got killed either via fighting the criminals, or corrupted officials, or also,  via getting targeted by gangs.

Homicide data from the Jamaica Constabulary Force (JCF) illustrates the horror violence is wreaking on citizens. The JCF notes that murders up to October 1, 2022, stood at 1,171. The personnel are not ready to take up the cudgels against the gangsters as now, they are entirely fed up.

The most recent political polls all show that Jamaicans have less and less faith in the government’s ability to protect its citizens, punish violent offenders, and discipline violent offenders.

As a result, the subculture of violence is leaving its mark on Jamaica’s political culture, which refers to how people feel, think, and act in relation to politics and the government. All in all, the situation is now utterly messed up in Jamaica.

If the current situation persists, Jamaica is going to become the next Haiti of the Caribbeans because if you compare the stats of both nations, you will realize that they are now almost similar.

In the last five years, gangs have grown rapidly in number, expanding their territories and tightening their control over Haiti’s political and economic infrastructure.

They have established themselves as the mercenary partners of politicians and state administrators, as mafia-style armed groups profiting from the private sector, and as the local coordinators of international criminal networks.

This challenge of violence is bigger than economic growth, tourism, and the boom in construction and development that is taking place across the country. Both nations are suffering from massive brain drain and illicit gun trafficking, which eventually is leading the sovereignty to the doldrums. The current rates of brain drain and Jamaicans migrating are, in part, attributable to the island’s environment of insecurity.

Read More: After Dominica, OAS dugs its claws in the democracy of Antigua and Barbuda

More equipment, more personnel, better use of technology, better entry requirements, and more on-the-job education and training will help the Jamaica Constabulary Force (JCF) with its mandate of “being a force for good”.

Giving more resources and training to the police is necessary and invaluable in this battle against crime and violence. Mr. Holness, you need to make sure that Jamaica’s devolution to Gangster Paradise does not meet the Haitian fate.