USA's desire to control Cuba evades it to this day, but not anymore 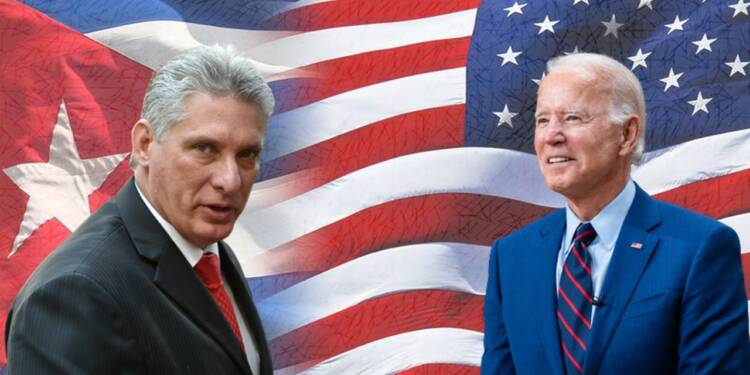 From 1933-1959, a right-wing dictator called Batista ruled Cuba. The Americans bought sugar, Cuba’s main crop; they also controlled much of Cuba’s economy. Batista was overthrown by the revolutionary Fidel Castro in 1959. The USA did not like Castro and refused to trade with Cuba, US wanted to overthrow Castro as soon as possible. Now with Cuba facing elections, USA may control Cuba by meddling in its elections.

But, every time the US was met with failure and humiliation from Cuba. In 2023, Fidel Castro is a leader long-gone. But, carrying on his legacy, the Communist Party of Cuba is still running the troubled nation. Miguel Diaz Canel has emerged as a strong rival of the US in recent times. So, the US has decided to send its delegation for structuring law enforcement.

But, a time when elections are nearing in Cuba?

March 2023 is a red letter day for Cuba. The National Assembly of People’s Power (the Cuban Parliament) deputies will be elected on March 26 during national elections, which the National Electoral Council of Cuba is working tirelessly to ensure. Vice-president of the Electoral Council Tomas Amaran briefed reporters on the main election-related initiatives. He stated that the voter lists would be released in February.

The official stated that the majority of provinces have already set up all 80 voting districts, which make up the main framework of national elections, and he continued by noting that the candidates for parliament deputies will be nominated at municipal assemblies on February 5. In midst of all this, US is all set to visit Cuba over law enforcement. This visit raises a lot of suspicions with respect to the fact that ‘US may control Cuba’, by interfering in its internal affairs.

US arriving with Agenda

Now, this visit is quite astonishing as the US has been an ardent opponent of Cuba in recent times. Well, for the last 60 years, Cuba is embargoed by the USA. This visit is being seen as Biden administration’s latest effort to ease relations with the Caribbean nation as it experiences a severe economic downturn and record levels of people fleeing the island. But, there is definitely something big going on here. Such talks between US and Cuba have been on a halt since Trump came into power in 2016 and that was the same year, elections took place in Cuba that was quite non-controversial in recent times.

Read More: The Cuban government is too naive to understand Biden’s wicked motives

The US has been known for making nations dance to their tunes by meddling in their elections. We at TFI have constantly covered the US’ wicked meddling in African politics where elections, coups, and protests are like a day-to-day schedule. But for a minute example, let’s take an example of Libya where the US has made Abdel Dbeibah the leader of Tripoli by meddling in the elections of Libya which were poised to take place in 2021. If the US anyway gets the golden opportunity to meddle in Cuban politics. It will definitely not leave the chance to overthrow Miguel Diaz Canel from Cuba, and USA may control Cuba

The National Parliament, will consist of 470 lawmakers representing all spheres of Cuban society following the election in that country. Later, the new representatives will be responsible for choosing the president of the parliament, and other influential lawmakers, as well as the president and vice-president of the Republic of Cuba. Miguel would undoubtedly get into trouble if any of these lawmakers were lured or even tempted by the United States.

A whole new protest against the Cuban government is anticipated. Even removal from office is a possibility if one considers how many leaders within the Cuban Communist Party have frequently clashed with Mr. Canel. The US was unable to overthrow Castro in Cuba, but it may soon do so with Canel. And if that were to happen, Cuba might be dealt with a crushing defeat. The worst might come true, which would be that USA may control Cuba.