The Cuban ministers for Miguel, it seems, are unable to comprehend the evil deeds of the Biden administration in its backyard. The naivety of leaders gets on full display when they support the US and its companies' evil tactics to obstruct their neighbours 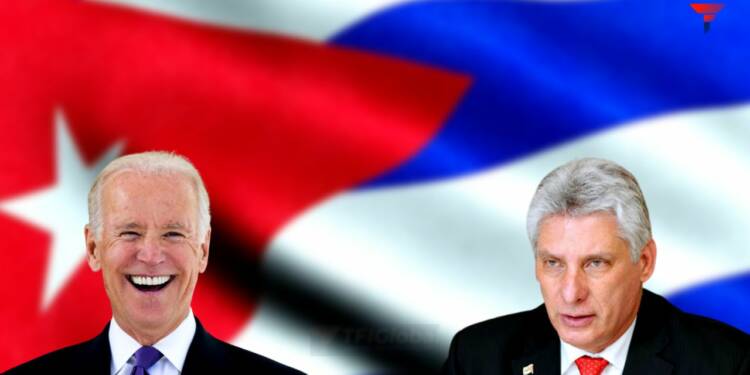 Visa and consular services US: Over the last few months, Cuban President Miguel Díaz-Canel has become one of the presidents that have literally turned the Caribbean into a nightmare for Biden.

Caribbean countries voiced their displeasure with the US under Biden for the first time since the exit of former US President Donald Trump. And right now, the president of Cuba is attempting to set the tone in Central America against the US.

But, the Cuban ministers for Miguel, it seems, are unable to comprehend the evil deeds of the Biden administration in its backyard. The naivety of leaders gets on full display when they support the US and its companies’ evil tactics to obstruct their neighbours.

If one remembers, the US legation in Cuba recently resumed its consular services and visa processing after a pause of more than six years. While this move has a deep wicked moral of humiliating Cuba in the future, Cuban ministers are happy about the resumption of services.

According to a media report by Cuba chronicle, Cuba’s Foreign Minister Bruno Rodríguez has welcomed US’ move to open Visa and consular services.

Reportedly, Rodriguez has described the reopening as a “necessary and correct step” to resume the processing of immigrant visas at the US embassy in Havana.

In a statement by the foreign ministry of Cuba, the Minister stressed, “As long as the blockade, the maximum pressure measures and the privileged treatment at the border continue, it will be difficult to considerably reduce the irregular migratory flow.”

Not only this, Cuba is also embracing and appears to be quite overwhelmed by Brazil’s arrival in CELAC. Last Friday, Cuba welcomed the decision of the Government of Brazil, headed by Luis Inácio Lula da Silva, to reinduct his nation into the Community of Latin American and Caribbean States (CELAC).

Again the Cuban Minister of Foreign Affairs, Bruno Rodríguez, expressed his support for the Brazilian president on Twitter and appreciated his importance in a regional context that demands more integration.

“Latin America and the Caribbean can and must continue consolidating their unity in diversity, as an essential condition for our essential integration.

Now what exactly is Cuba doing by embracing such moves that could be a threat to its dream in the future, no one has any idea.

Now, if you see the relations between Brazil and Cuba, they have historically been good. But, the relations between Brazil and Cuba deteriorated after Jair Bolsonaro won the 2018 general election in Brazil, as evidenced by the end of the program that the governments of Dilma Rousseff and Ral Castro had agreed would allow Cuban doctors to treat tens of millions of underprivileged and indigenous Brazilians.

Following the termination of the Mais Medicos (More Doctors) Initiative, hundreds of Cuban medical professionals departed Brazil. And even now, Lula is in no mood to get back with Cuba. Lula has announced that he will restart the Mais Medicos. But, without confirming the participation of Cuba. The original key partner!

The US will humiliate again!

No doubt, the more you talk about Cuba and US relations, the more you realise that the US has always played with Cuba and hindered its progress for the last 60 years.

Although the Biden administration later overturned some of the limits put in place by the Trump administration, it has been characterised as “tougher than Donald Trump on the island’s government.”

The island nation was not invited to the 9th Summit of the Americas by the United States, which drew ire from other Latin American nations in May 2022.

No matter which political party is in power in the USA, the nation has always obstructed Cuba’s path to more freedom and leniency.

Read More: The evergreen western wish of removing Nicolas Maduro gets bogged down

There are currently two events taking place. To incite animosity toward the United States, Cuba’s President Miguel Diaz Canel is in charge. On the other hand, his own foreign minister is embracing the enemy warmly.

Now, either Cuba will pull off a tremendous masterstroke soon, or it will be starting over from scratch. i.e., constantly remaining below the US.