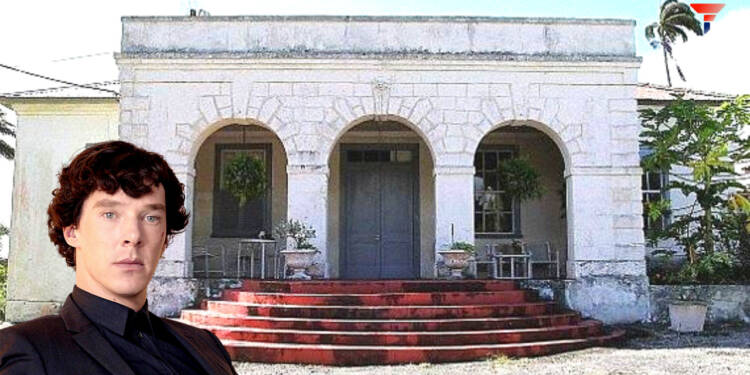 The Caribbean islands had a really troubled past in which they were enslaved by the colonizers on their own soils. From Britain to France, the west left no chance to enslave the people of this beautiful island chain. However, that’s the story of the past.

Now, the nations are independent and looking for reparations from each and everyone who was somehow connected to their enslavement. One such country is Barbados, where Bridgetown is currently requesting restitution and justice. As a result, it has now listed Hollywood actor Benedict Cumberbatch for returning millions of dollars to Barbados.

Renowned Oscar-nominated actor, our Sherlock, and Doctor Strange, also known by his real name, Benedict Cumberbatch have come into the limelight recently when it is anticipated that he might be in a list made by Barbados government for reparations of slavery.

Reportedly, the Cumberbatch family might face a severe financial squeeze from Barbados in the coming months, as government officials are beginning to seek reparations from former plantation-owning families.

After officially becoming a republic in 2021 and leaving 396 years of the British monarchy’s control over the island—Barbados government officials have begun to seek reparations from the descendants of onetime slave-owning families and plantation holders and consequently, Benedict Cumberbatch has come under the radar.

For the unaware, the Cleland plantation in the north of the island, which was home to 250 slaves until slavery was abolished more than a century later, was purchased by Benedict’s seventh great-grandfather in 1728. The Cumberbatch family is said to have made a small fortune from the slave plantation.

At this time, it is anticipated that the Mottley administration will raise millions of dollars in reparations, because the Cumberbatch family received compensation in the thousands of pounds when slavery was abolished in the 1830s—a sum that is now worth somewhere around £1 million.

It is to be mentioned here that Benedict Cumberbatch never ran away from his responsibilities and has always been seen somehow relating himself to the slave past.

In 2012, Cumberbatch did an acclaimed movie on slavery titled ‘12 Years Slave’ which was based on the 1853 memory of the same name by the former slave Solomon Northup, who was at one time owned by the plantation owner William Ford, a historical figure represented on screen by Cumberbatch.

The British star portrayed the plantation owner as a relatively benign but weak man. Cumberbatch also played William Pitt the Younger in the film Amazing Grace, which was about Britain’s abolition of the slave trade in 1807, a role the actor has suggested he took by way of apology for his family history.

His mother, the actress Wanda Ventham, had advised him not to use his real surname in his professional life in case he ended up the target of reparation claims from the descendants of slaves.

The 38-year-old Cumberbatch, who has always been open about his background, thinks he has accomplished enough to move past it. In all honesty, if an apology is required, the Cumberbatch family should actually compensate the victims for their losses.

As we know that no matter how bad we try we cannot erase our past. Though Benedict has never tried doing that, now, this is a golden opportunity for him to end this chapter once and for all.