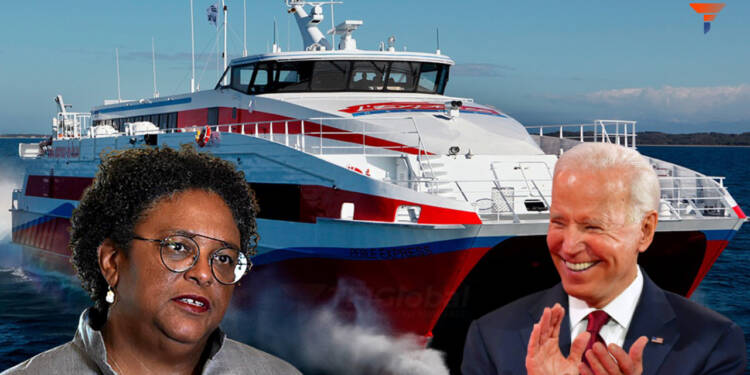 ECLAC news: According to a media report by Barbados daily, a proposal to establish a ferry service for the Eastern Caribbean does not include Barbados in any of the four possible routes.

Despite the fact that Barbados is an Eastern Caribbean country, the Latin American organization ECLAC reportedly chose to exclude Barbados from all ferry lines in the plan for the implementation of ferry service through Public Private Partnerships (PPPs).

The ferry link envisions connecting the nations of Guyana, Suriname, Puerto Rico, Antigua and Barbuda, and the ABC islands in the southwest to the north.

While other lists include countries such as Colombia, Aruba, Bonaire, Curaçao, Trinidad, and Tobago; Trinidad and Tobago, Guyana, and others. But, leaving the Caribbean island of Barbados is really a big deal.

Left out on purpose

Well, this proposal was proposed and prepared by Diogo Aita, an associate economic affairs officer at the Economic Commission For Latin America And The Caribbean (ECLAC). For the unaware, ECLAC is an UN-backed body and comprises 46 members, including Barbados.

Technical support was provided to the Association of Caribbean States in order to produce this unique report (AEC-ACS). The UN has not yet given its official permission to the borders and names indicated on likely names.

The UN is very likely to endorse the continuation of this initiative, nevertheless.

Barbados has been left out of the project despite the UN-backed economic officer’s ardent support for Caribbean and Latin American countries. What might the reason be right now? We don’t yet know.

But, if the UN passes the proposal, it means that the west is having deep grudges against Barbados.

Read More: Mia Mottley: The Leader who brought the Caribbean to the world map

And the reason for that is that the Barbados’ PM Mia Mottley has never shied away from taking up the cudgels against the West.

Mrs. Mottley never falls short of rightly criticizing Western leaders who are forcing their agenda of climate change on developing countries of Asia, Africa, Latin America, and the Caribbean.

At COP27, Mottley condemned Biden, Leyen, and Macron for not fulfilling their promise to provide climate funds to developing countries and then pressuring them to adopt green energy without any comprehensive strategy.

Not only this, in addition, Mia Mottley brought up the subject of de-risking, telling the US Congress that it is the “most absurd thing” the region has “seen in public policy” and that it will result in the very money laundering and financing of terrorism that the US and Caribbean governments want to prevent.

At the most recent CARICOM summit, she also expressed her support for Cuba. Additionally, she has lately improved the safety of currency and passport forfeiture in her nation. All of this is taking place as the bordering countries struggle with high crime rates, which ultimately reflects poorly on America because it never took strong action to stop it despite promises.

Mottley has come out a fierce and pragmatic opponent of the west and thus, it appears Barbados is left out on purpose. Barbados wants to transform and become self-reliant and so, Biden and his company believe that via this humiliating attempt, the west can show its valor. If that is so, it’s utterly ridiculous.