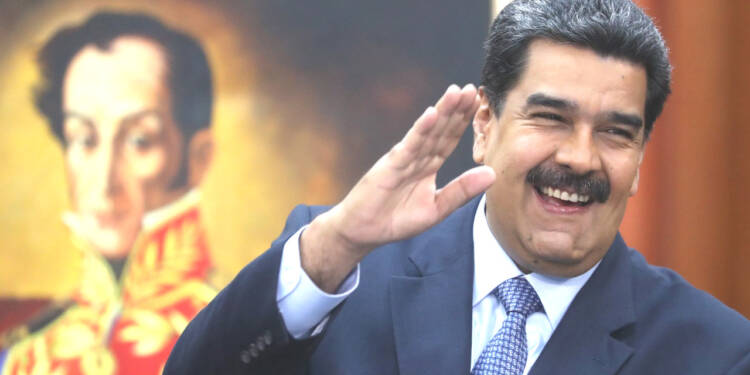 Ever since the era of Donald Trump, the US has been eyeing the dream of drawing Nicolas Maduro out of the presidency. Maduro has been in charge of the Venezuelan government since 2013 but only until the West considered his election to power as fraudulent. Since then, Venezuela has come under the control of Juan Guaido, a darling of the West. The US has been leading a drive to oust the leftist leader Nicolas Maduro but that drive has failed now.

Venezuela has been under the ‘interim government’ led by Juan Guaido ever since Maduro’s government got toppled owing to the Western efforts. The National Assembly of opposition in the country along with the West held the view that Nicolas Maduro loyalists took the leadership seat by fraudulent means and hence were successful in their efforts of ousting the leftist leader in power. And once popular and internationally recognised face of the drive, Juan Guaido took the baton in its interim form. But, alas! The interim government now seems to face a heavy backlash. There has been an uproar about the dissolution of the Venezuelan opposition in an online session and guess what? It led to quashing the evergreen western wish of toppling Maduro’s government.

The Venezuelan opposition on Friday dissolved the “interim government”. The vote took place during an online session of the National Assembly, which is currently controlled by the opposition and was largely replaced by a Nicolas Maduro-aligned assembly after being elected in 2015.

Read More: The dalliance of US- Belize to end with Venezuela coming in the picture

The vote was 72 in favour, 29 against, and 8 abstained from voting on whether to dissolve the interim administration. After hotly contested presidential elections that kept Nicolas Maduro in power, Guaido gained the recognition of more than 50 countries, including the United States, in January 2019, which was almost four years ago. Even though the opposition controls some of Venezuela’s assets overseas, Guaido’s popularity has been steadily declining as a result of his inability to overthrow Nicolas Maduro.

Nicolas Maduro is held accountable for presiding over an authoritarian system, causing years of economic upheaval and suffering in Venezuela, and causing severe shortages of basic necessities like food and medication. And Guaido’s international supporters, backed by the US, have chosen a more cautious tack. As he failed to depose Nicolas Maduro, support for him overseas has decreased over time.

A senior US official stated this week that Washington would continue to assist Venezuela’s democratic opposition and the interim government regardless of its shape, though there was no immediate response from Washington on Friday.

Three of four major parties in the Venezuelan opposition voted Friday to end the interim government led by Guaido. “The interim government is no longer useful,” these parties said in a joint statement, “and is of no interest to citizens.” Guaido denounced the vote as “a jump into a vacuum.”

Read More: St. Vincent and the Grenadines ditches US and re-dials Venezuela

When the government of former President Donald Trump recognised Guaido as Venezuela’s “interim president” in 2019, Nicolas Maduro severed ties with the United States.

The United States imposed a series of sanctions against Venezuela, including an oil embargo, in an effort to remove Maduro from office. Venezuela has always been an arch-rival of the US. From plunging to plunder the region of its immense natural wealth to getting involved in the country’s politics, the US has done everything in its efforts to hurt such affluent nations. The servitude of these countries is the foundation of the wealth of the West and its interference in their politics serves the West’s interests.

But finally, the dreams of the West got dashed. Yet, 2023 appears to have heralded a new dawn for Caracas as geopolitical shifts in the country offer Nicolas Maduro a once improbable political lifeline.