Earlier the US hounded Cuba and hindered its growth through sanctions but now it has dictated the new president of Brazil, Luis Inacio Lula da Silva, to do its dirty work 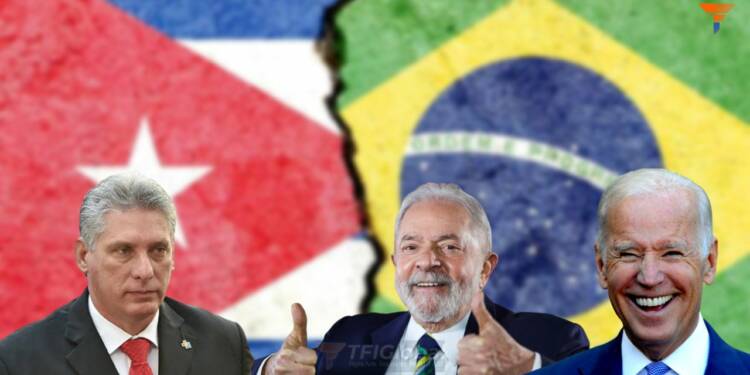 Lula Da Silva: Cuba started sending its doctors to work in Brazil in 2013 as part of the Mais Medicos or More Doctors program. The program was initiated by former Left leader Dilma Rousseff. The program focused on providing services to impoverished and vulnerable communities in Brazil which do not have proper access to healthcare.

Mais Medicos was successful as many poor Brazilians residing in remote regions had trained healthcare professionals living amongst them.

Although the money paid by the Brazilian government for the health services of Cuban doctors went to the Cuban regime, the income which Cuban professionals earned in Brazil was still higher than their domestic earnings.

However, in 2018, Cuba withdrew thousands of its doctors from Brazil in the wake of criticism from the nation’s then president Jair Bolsonaro. He called out Mais Medicos for not allowing Cuban doctors to have their families live with them while they were working in Brazil and condemned the Cuban regime for appropriating their salaries.

In addition to labelling the Cuban doctors’ plight as slaves, Bolsonaro brought into scrutiny their qualifications and added that they would have to clear a proficiency test.

This infuriated the Cuban government, it stated that such remarks from Brazil have made it impossible for its healthcare workers to reside there.

However, recently, the government of Brazil’s new president, Luiz Inácio Lula da Silva, announced that it is restarting the program.

In a statement, Nesio Fernandes, Secretary of Primary Health Care of the Brazilian Ministry of Health stated, “The agenda to resume More Doctors is immediate. We want to place doctors in all Brazilian municipalities in a short period of time.”

Fernandes further noted that from now the foremost priority will be to give preference to Brazilians and give positions to those who trained abroad. And then, foreigners would be given positions.

Now, it must be considered that in its new communique, the Brazilian government didn’t mention Cuban doctors. Even though the most indispensable part of the Mais Medicos was Cuban doctors, Lula da Silva’s administration didn’t feel necessary to include them in its initiative. This is extremely humiliating given the fact that thousands of Cuban healthcare professionals left their families and home to help poor people in Brazil who live in dangerous, violent neighbourhoods.

Read more: Helms-Burton Act : An Attack on sovereignty of Cuba

But simultaneously this is not surprising, considering that Lula Da Silva works on the  instructions of the US. Since the US perceives Cuba as one of its chief adversaries, it must have told Brazil’s new leader that he should insult Cuba in general and its doctors, which are considered some of the best, in particular. Sadly, once again, the US is deploying one of its puppets to display its muscle power in the international arena. As in the backdrop of a diplomatically strong Cuba, which is receiving widespread support from Caribbean and other nations, an infuriated Biden is again endeavouring to damage it politically and economically.