The helpless situation of Cuban exiles prompted the US government, which has terrorised Cubans for a very long time, to ironically pass a law called the Helms-Burton Act in March, 1996 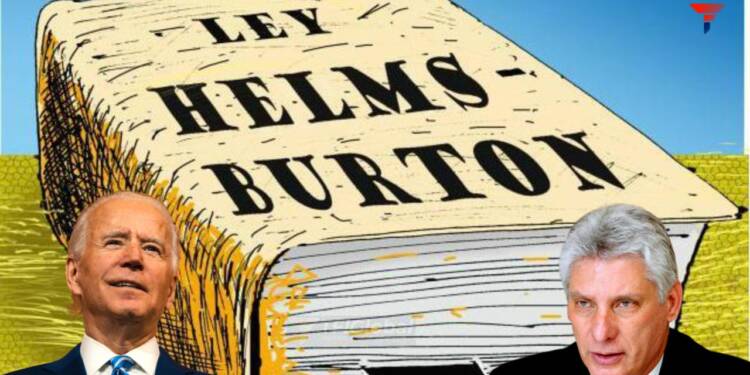 Helms-Burton Act: We have all heard the tales of Cuban nationals who fled their homes during the communist rebellion. A majority of them settled in the US and pinned their hopes on Washington to recover their property which was taken over by Fidel Castro.

The US, which has nothing to do with humanity, decided to use their helplessness as a political tool in the game of never-ending atrocities on Havana.

In the backdrop of the communist revolution which brought revolutionary leader Fidel Castro to power, Cuba’s regime confiscated the property and assets of US and other international companies. In addition, it also seized the property of Cuban exiles.

In fact, most of the claims for confiscated assets were filed by Cuban exiles in the US, according to a study done by Creighton University. The US government’s Foreign Claims Settlement Commission recognised 5,900 American Cubans’ these claims and estimated them to be around more than 5000.

These Cubans who settled mostly in Florida were supporters of the overthrow of the Batista regime. Many of them were executives in American companies in Cuba and professionals such as doctors and engineers. For a long time, they were under the false belief that Cuba would soon be liberated by the US, placing their hopes on the failed Bay of Pigs invasion and other terroristic endeavours by the CIA.

Most of these exiles lost almost everything while fleeing Cuba and had to start from scratch in the US. For example, mill owners worked as gas station clerks and professional women became nannies.

Read more: Clear signs are here that the US is afraid of Cuba- Haiti alliance

A deceptive law and its implications

The helpless situation of Cuban exiles prompted the US government, which has terrorised Cubans for a very long time, to ironically pass a law called the Helms-Burton Act in March, 1996. The legislation enhanced sanctions on all those non-American companies which do business with Cuba and entitled Cuban Americans to sue foreign corporations which deal with their seized property in Cuba.

Just like the embargo, the Helms-Burton Act too is extremely unfair and does not make any sense. Yes, it is true that the Cuban government confiscated the property of Cuban nationals who fled the country, however, that is the fundamental principle of communism. The means of production are owned by the government in a socialist state, so Cuba’s regime was not at fault here.

The Helms-Burton Act would have made sense had it been passed immediately after the 1959 revolution, promulgating it after more than three decades only represent the blatant diplomacy of the US.

The international legal principle of Estoppel is clearly visible here, the law which is advocated by the West argues that a plaintiff must not go back on his or her word and prevents them from bringing a particular claim in court. Unfortunately, this is what the US is doing here.

In fact, on 30th December, a US judge ordered a foreign company called Norwegian Cruise Line to pay $110 million in compensation for the use of a port which was seized by the Cuban government in 1960. Judge Beth Bloom noted that the use of Havana Cruise Port Terminal meant trafficking in confiscated assets which were owned by an American company called Havana Docks Corp.

Read more: Saint Vincent and the Grenadines asks US to back off from defaming Cuba

This verdict defies all logic and represents an attack on the economic prosperity of Cuba. It must be noted that the port in question was seized by Cuba’s regime in 1960 and it has been five decades, therefore it does not make any sense to award such a massive reimbursement to Havana Docks Corp. Sadly, this judgement has opened a door for a huge number of lawsuits by Cuban Americans who are being used as pawns by the US here to further its treacherous agenda.