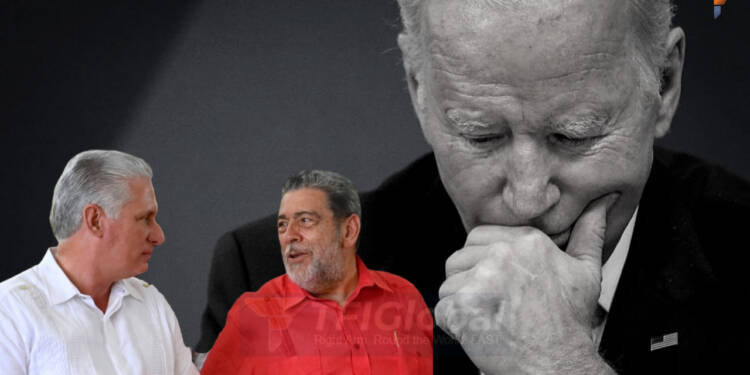 According to a media report by Business Standard, the Biden administration has announced that it would expand temporary legal status for Haitians already living in the United States, determining conditions in the Caribbean nation were too dangerous for their forced return.

The Homeland Security Department has stressed, Haitians who were in the United States on November 6 could apply for Temporary Protected Status(TPS), and those who were granted it last year could stay an additional 18 months until August 3, 2024.

Though, Homeland Security didn’t mention how many Haitians are expected to benefit from the expansion. An estimated 40,000 were granted TPS in 2011 extended last month to June 30, 2024 after a devastating earthquake in Haiti the previous year. Another 3,200 who got TPS last year are covered under Monday’s 18-month extension.

Not only this, but the U.S. Coast Guard in recent times has also stressed that it has rescued 34 Haitian migrants abandoned by smugglers on an uninhabited island near Puerto Rico.

The timing of these steps

Indubitably, the US here is showing signs of softening towards the Haitian migrants. This is a remarkable shift, as it has been reported several times that Washington has mistreated Haitian migrants for so long.

The treatment has been so harsh that occasionally, US Border Patrol agents have attacked the helpless Haitian migrants while riding horses.

It didn’t take long for immigration authorities to round up and send back the first known group of Haitian “boat people” who had arrived in South Florida in the early 1960s.

No matter what political party is in the white house, the man in the White House has given a similar torturous response every time the issue of Haitian migrants has come up.

Despite such a troubling past, the US has started sending love letters for expressing harmony with Haitian migrants. Why? Well, the Haitian card played by Cuba that has spooked the Biden administration could be the reason.

Read More: Saint Vincent and the Grenadines asks US to back off from defaming Cuba

Before the US took the steps to extend Temporary Protected Status for Haitians, Cuba was actively brewing discontent for America in the Caribbean using Haiti. A few hours before the US’ move, Cuba had called on the international community to do more to deal with the political, social, and economic situation in Haiti.

As a result of American intervention, Cuba has also experienced a mass exodus and an increase in crime. So, it is able to comprehend the pain and suffering that Haiti is going through. This is the tactic that Miguel Diaz-Canel played in the CARICOM meeting as well.

The Caribbean nations praised the Cuban President’s remarks, and they received significant media coverage worldwide. This is where America panicked and started to do damage control.

Read More: The Cuba-CARICOM alliance will give sleepless nights to the west

It fears that by lending a helping hand, Cuba will pave its way to establish dominance in the Caribbean. Haiti could become the gateway for Cuba in that respect.

And so, Havana could easily emerge as a far superior option to take the place of the United States as a key ally. If that happens, the US would lose a great chunk of its already waning respect and reputation in the Caribbeans and South America. Consequently, Washington has started to relieve Haitians of their distress, especially in the USA.

Is Al-Shabab a UN puppet, latest developments strongly suggest so