Cuba won the latest round of a 25-year-old legal spat over US trademark rights to its famed Cohiba cigars, the smokes once favored by Fidel Castro, the company that markets them for Cuba has announced 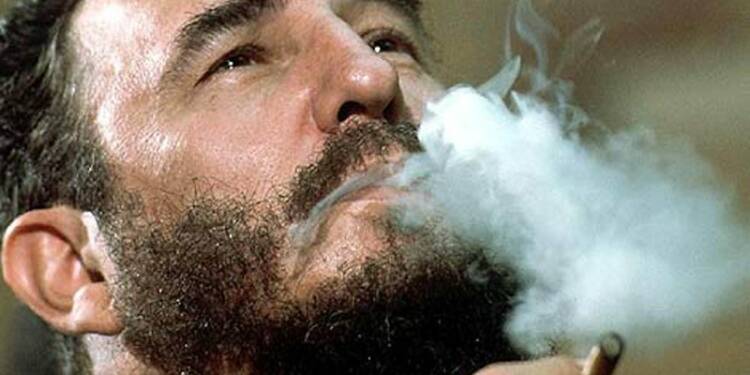 Disputes between the US and Cuba are not just about intrusion or ideology. It is also about ‘cigars’ which were the favorite of Cuban dictator Fidel Castro. Today, we are talking of ‘Cohiba’. The Cohiba cigars are one of the most premium cigars in the world.

Cohiba was a brand for two kinds of premium cigars. For many years, the only way you could get a Cohiba was if Castro himself gave you one. These cigars were selectively doled out as diplomatic gifts to dignitaries, heads of state, or anyone who Castro thought worthy of such a splendid smoke.

But, the US copied the Cuban version of Cigars with the same name. However, lies don’t last forever. And so, yesterday, Cuba crushed the fake version entirely. America lost the Cohiba battle and that too brutally.

According to a media report by TRT world, Cuba has formally won the lawsuit against US over famed Cohiba cigars.

Cuba won the latest round of a 25-year-old legal spat over US trademark rights to its famed Cohiba cigars, the smokes once favored by Fidel Castro, the company that markets them for Cuba has announced.

Reportedly, the ruling came after the US Trademark Trial and Appeal Board on December 20 canceled the US-based firm General Cigar’s trademark registrations for the term ‘Cohiba’ for cigars, said Habanos SA, a joint venture between Altadis of Britain and state-owned Cubatabaco.

The US Board granted the petition for cancellation of two registrations for the mark COHIBA (one mark in standard form, the other slightly stylized) for “cigars,” on the ground of violation of Article 8 of the Pan American Convention.

This ruling means that Cubatabaco can register the Cohiba brand trademark as its own product and claim that it is considered the best of its 27 kinds of cigars marketed in more than 100 countries in the US even though it cannot sell them there.

For those who don’t know, Cohiba cigars began production in 1966 and got their name from an indigenous word for the tobacco leaves they smoked centuries ago. Castro, who passed away in 2016, smoked Cohibas until 1985 when he finally quit.

For Cuba, Cohiba is one of the primary sources of income. As Cuba’s biggest export product is tobacco. In 2021, tobacco sales increased by 15% to a total of $568 million, according to Habanos S.A.

Whereas, US General Cigar used to sell a non-Cuban version of the Cohiba brand in the United States, where Cuban Cohibas cannot legally be sold because of the US trade embargo.

The premium killed the cheaper one

It wouldn’t be wrong to say that Cubatabaco has killed the cheaper copy of ‘Cohiba’. Cuban Cohibas have historically been known to use some of the finest cigar tobacco available in Cuba. The original Cohiba was once named Cigar of the Year in 2010.

Cuban Cohibas frequently place quite highly in Cigar Aficionado blind evaluations. Cohiba might be Cuba’s most prized possession, and if you’re fortunate enough to obtain a genuine one, it’s probably the most expensive cigar in your hand.

Whereas, the other one manufactured by General cigars is nowhere close to what Cuba had manufactured years ago. The American Cohiba is related to the Cuban product in name only, containing no Cuban tobacco, and thus, it was only “Cohiba” that can be sold legally in the United States.

For Cubatabaco, “Cohiba” means tradition and legacy. And general cigars vehemently used the genuine name while selling cigars under the Cohiba brand. Cuba has finally prevailed in this 25-year battle, and the US is embarrassed by its inability to steal Cuban legacy.