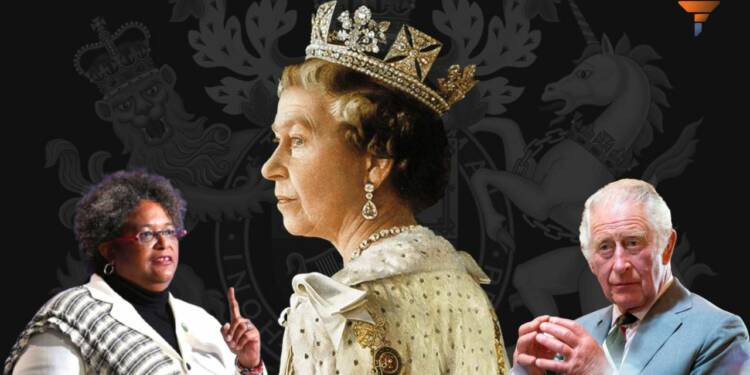 Nobody on the globe disputes the fact that the British Royal Family is the mastermind of slavery. The royal family’s links to the slave trade go back to the 16th century. Elizabeth I authorized John Hawkins to travel with slaves from Africa in 1562, making him the first known Englishman to do so.

Up until slavery was formally abolished, all of Queen Elizabeth’s successors benefited from the exploitation of slave labor. Fearing backlash over their sordid history, the royal family has thus, employed some tricks in the book to erase the past and rewrite it. But the ghosts of yore still continue to haunt them.

The latest to lock horns with the royal family over slave cruelties is the state of Barbados as the nation continues its rampage to extract revenge on anyone who had previously benefited from slave trade.

For the unaware, Barbados was the birthplace of the British slave society and was most ruthlessly colonized during 1636–1876. The Caribbean nation is now, trying to seek reparations from everyone who has had a past of benefiting from slave trade. One such recent example is that of Benedict Cumberbatch, the UK-based Hollywood actor, whose great Grandfather had a sugar plantation in Barbados.

Now, according to a news media report by the Independent, the Barbados ambassador has called on the UK government and the monarchy of King Charles III to apologize for slavery. This is for the first time since becoming a sovereign republic, that Barbados has crossed swords with the United Kingdom. Reportedly, David Comissiong, Barbados’ ambassador to the Caribbean Community (CARICOM) and the Deputy Chairperson of National Task Force on Reparations, has decided to drag the royal family into the matter as a Monarchy-linked church has made some “groundbreaking” disclosures.

As per a recent report, the Church of England has made some claims accepting its involvement in the mass enslavement of African and Caribbean people. The “shameful” historical ties between the Church of England Investment Fund and transatlantic slavery were made clear in a comprehensive report, leading the organization to announce £100 million in funding for a program of investments, research, and engagement to try to “address past wrongs.”

In the 18th century, the church “invested significant amounts” of its funds in the South Sea Company, a firm founded in 1711 to refinance England’s national debt, which was awarded the monopoly on Britain’s trade of enslaved people to the Spanish Americas. The British royal family, the government, the Bank of England, scientists like Sir Isaac Newton, and members of the ruling classes of European nations like King Philip V of Spain are just a few of the names which made investments in it. This compelled Barbados to seek reparations directly from the Royal family.

In his statement, Mr. Comissiong stressed, “The reality is that the Church of England has confirmed that the investment or other participation in the crime against humanity that the transatlantic slave trade was is more than enough to establish an obligation to apologize and to implement and finance – in consultation with representatives of the affected communities – a concrete program of reparations.”

Now, the Church of England has already announced £100m for reparations. But, Barbados is looking to take billions from the Royal Family.  Some critics have dismissed the Church’s £100 million as insufficient, after it was revealed that it is sitting on £10 billion that was inherited from the Church’s predecessor fund known as Anne’s Bounty, which had close ties to transatlantic chattel slavery.

As prominent evidence of the Royal Family’s slave past has again come to light, both the UK government and the Royal Family have been pushed against the wall with the demand for reparations.

The centuries-old monarchy of Britain is infamous for many things, including extravagant lifestyle, circumstance and interpersonal strife. But up until recently, the public debate on its historical association with slavery was hardly discussed. Further, historians claim it’s impossible to determine the precise amount of wealth the monarchy accrued from human trafficking.

Barbados, which was formerly a part of the British monarchy, is currently at odds with it. The sentiments were already on display during William and Kate’s visit to Jamaica last year, where they encountered demonstrations calling for not just an apology but also reparations. These demands have now reached the Buckingham Palace. It would be interesting to see how King Charles responds to it. Though, the family has made every effort to change the past, it is too late now.