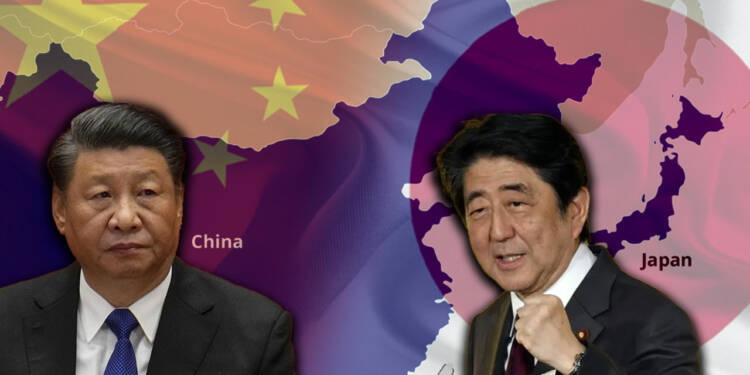 Shinzo Abe, the guiding light of Japan’s China policy, recently blasted China for threatening the democratic island nation of Taiwan. He stated that any Chinese adventurism against Taiwan would invite “serious economic consequences” for China.

Leaving no room for ambiguity and confusion, Abe declared China’s war against Taiwan will be considered as an attack on Japan’s integrity. His ferocious speech ostentatiously outshone Chinese war-cries and truculent wolf warriors.

Abe has grown more outspoken and bolder since he left the PM office last year. He has devoted his post-retirement life towards the Taiwan cause. Free of any official restriction or foreign-policy caveat, Abe is free to speak his heart out. Although unofficial, his speeches and directions tend to have a profound impact on Japan’s foreign policy drivers.

And that is what irks the Chinese most. At the official level, they can’t criticize Shinzo Abe to the extent they usually do in the case of Australia or the US. There are two reasons for China’s this predicament:

This got reflected in the recent urgent meeting between Japan’s ambassador to China and a Chinese foreign ministry official as well. After Abe’s flagrant support for Taiwan’s independence, China reacted by summoning the Japanese ambassador the same day.

Shinzo Abe- The pain in the neck for the Chinese government:

Tarumi responded by saying China should “understand that in Japan, there is such a way of thinking over Taiwan,” while emphasizing Tokyo will not accept Beijing’s “unilateral assertion.” Abe is not an official actor in Japanese foreign policy, that’s why even Chinese officials ended up betraying their true emotions before the Japanese ambassador. They couldn’t issue any threat or thunderous warning to Hideo Tarumi.

The guiding force, with no official position:

But that’s also a reality that Shinzo Abe wields enormous sway over the administration of Prime Minister Fumio Kishida. It would be suicidal for Kishida to overlook Abe’s instructions. Since November 11, Abe has been leading the largest faction of the ruling Liberal Democratic Party, the Hosoda faction. Considering Abe’s sway over the Hosoda faction, Kishida would have much to lose by not paying any heed to Abe’s counsel.

So, Shinzo Abe is a great strategic asset for Japan. Banking on this asset, Japan can easily mobilize its people against China without giving any opportunity to Beijing for castigating the Japanese government.

That explains why even the Chinese pamphlet Global Times found itself in a treacherous position while criticizing Shinzo Abe in some of its articles.

The article titled “Abe is tempting Japan to play with fire by threatening China” published on December 2 cautiously avoided hurling abuses on the former Prime Minister. The article mentioned “Abe-like leaders” on umpteen occasions and targeted “right-wing politicians” in general.

Diplomacy is not what the Global Times is known for. It is known for hurling abuses, issuing threats, and peddling neat propaganda at the behest of the Chinese Communist Party. However, it all was absent in the articles published after Abe’s ferocious speech. Global Times could not exceed the red line over Shinzo Abe.

Diplomacy is Shinzo Abe’s cup of tea. His dealing with China very well serves as a lesson in geopolitics for leaders around the world. With support from the US, India and Australia, Abe’s dreams of materializing the Quad are finally seeing the light of the day. Shinzo Abe’s leadership has played and will continue to play a vital role in guiding the democratic world’s crusade against Chinese tyranny in the times to come.