Did the Chinese Communist Party really fight Japan off? CCP says so but the truth is far from it 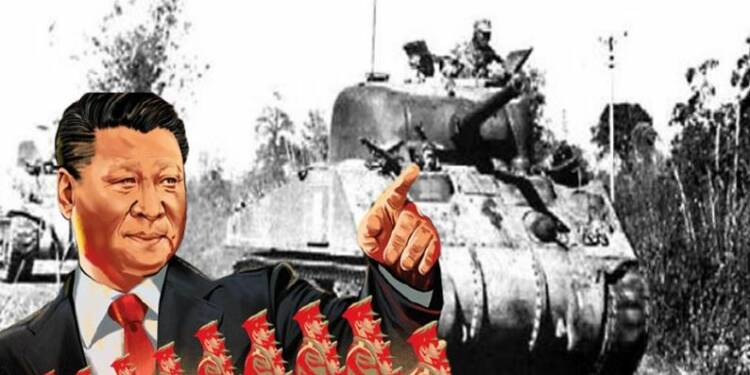 Did you know that the communists around the world are endowed with special abilities? The Kims of North Korea, for example, are a semi-divine dynasty, having a close affinity to the near-sacred Mount Paektu at the Sino-Korean border. The Chinese Communist Party (CCP) too, is almost a divine entity that claims to have uplifted the ancient Chinese civilisation. Well, this is exactly the kind of propaganda that communist rulers seem to thrive in.

In fact, the CCP has been peddling a particular lie since 2017. It claims to have fought off imperial Japan in the prelude to World War II. The Sino-Japanese war from 1937 to 1945 is at the core of Chinese history education. It represents a dark period of Chinese history, when Tokyo’s germ assaults had caused widespread damage in the country. Cities like Nanjing, Shanghai and Guangzhou had fallen to the Japanese forces before the Allies counteracted Japanese belligerence. For several generations, Chinese schoolchildren have been reading about the “Eight-Year War of Resistance Against Japanese Aggression”. Yet, in 2017, President Xi Jinping ordered two material changes:

While extending the timeframe of the Sino-Japanese war in 2017, the Chinese Ministry of Education had said that the decision was supposed to promote patriotic education and to highlight the Communist Party’s “core role” in resisting the Japanese forces. Therefore, the CCP has been trying to portray itself as a great organisation that resisted imperial Japan’s brutal fascism. This is a part of Jinping’s efforts to promote the communist version of Chinese history.

In fact, the eight-year war that the CCP describes as the fourteen-year war is just the tip of the iceberg. Chinese school textbooks are now filled with cringe-worthy content that celebrate the CCP’s ‘historic achievements’. It is filled with references to acts of external aggression and in every one of such cases, the CCP is projected as the one that rescued the people of China. The Korean war, for instance, is described as a war to resist American aggression and aid Korea.

Xi Jinping’s artificial changes in Chinese history were also an attempt to whip up anti-Japanese sentiment. Yasuhisa Kawamura, press secretary of the Japanese Ministry of Foreign Affairs at the time, had said that it was not for the Chinese government to decide the timeframe of the war. Kawamura had added, “It is important that Japan and China should demonstrate they do not focus excessively on the unfortunate past.”

Yet, Jinping claims that it is Japan, which is distorting history. In the past, the Chinese state-owned media has criticised Japanese efforts to revise textbooks, while alleging that Tokyo is trying to downplay the atrocities committed by Japanese soldiers during the invasion of Chinese cities.

By criticising Japan, Jinping is trying to create legitimacy for the artificial changes that he has brought about in Chinese school textbooks. Wang Yalin, a musician, for example, was quoted by NYT as saying, “The Japanese have also altered their textbooks, why can’t we?”

What is the reality of the Sino-Japanese war:

You just came to know of the CCP version of the Sino-Japanese war in the run up to World War II. Now, it is time for a real history lesson. The Chinese President has tried to enhance the image of the CCP by claiming that his party fought imperial Japan for 14 long years. Yet, historians disagree. It was the Kuomintang (KMT), also referred to as the Guomindang or the Chinese Nationalist Party that fought the Japanese and not the CCP.

From 1931 to 1937, the CCP forces were in disarray and were busy fighting a civil war with the Nationalists. During that time, the KMT was the one fighting the Japanese and leading negotiations. When the actual Sino-Japanese war started in 1937, the CCP was compelled to join the Nationalists as it had been annihilated by the KMT. Interestingly, the eight-year war with Japan actually helped the CCP.

Also read: Japan uses Covid-19 as an excuse to arm itself with deadly technologies against China

The Japanese Army began a full-fledged invasion of China in 1937 and in the next eight years, the KMT government in China collapsed due to internal corruption, economic difficulties and the pressure of the devastating war. Meanwhile, a small band of communists in Yan’an found an opportunity to mobilise the masses and consolidate their position.

Once the Japanese were defeated in 1945, the CCP started the next phase of its civil war that would last till 1949. Ultimately, the CCP gained complete control over the People’s Republic of China and the KMT was pushed to the small island of Taiwan.

The CCP today has complete control over China. It can write and rewrite history as per its convenience. For some very obvious reasons, the CCP has chosen to portray itself as the only power that fought off the Japanese, instead of telling the truth that the Nationalists fought the Japanese and the CCP only benefited out of the war.