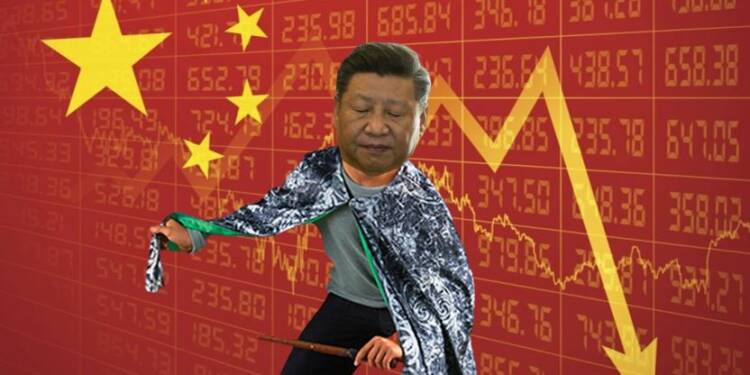 China is donning an invisible cloak. The second-largest economy of the world is fast emerging as the big “black box” of the world, which is getting even blacker with each passing day.

China is making it harder for foreign companies, investors and governments to access information about supplies and financial statements in China.

You can’t track the location of the ships floating in Chinese waters, since data providers in China have gone dark over the past month. You can’t estimate the energy crisis of China, since China has restricted the information of coal use. You can’t study political dissent cases of China, since the Chinese Communist Party (CCP) has purged thousands of documents related to these cases from the country’s official judicial database. You can’t determine the financial health of Chinese companies, since companies in mainland China will not share information from strategic sectors like finance, healthcare, public transportation and infrastructure.

All in all, China doesn’t want a foreigner to know what’s happening in China. And that speaks volumes of the fact that nothing good is happening in China. China’s message to the world is loud and clear: think thrice before embarking on a perilous journey towards Chinese ports.

Not the shipping companies, not even the ship itself, would know its exact location once it enters the Chinese waters. For the captain, everything is dark, and everything is black. It’s only the Chinese government and President Xi Jinping who has the access to this data.

It’s a foregone conclusion that the Chinese economy is in tatters, and immediately requires attention from the Chinese policymakers. However, the Chinese authorities have busied themselves with going incognito meanwhile. Their priority is not to save the sinking Chinese economy, but to curtain it.

Why is China hoarding the shipping data?

Also read: The sinister reasons why China is not releasing location info of commercial ships in its waters

Reasons why China is restricting the coal use data?

Similarly, by restricting the data about coal use in China, the CCP is striving to veil China’s burgeoning energy crisis. The energy crisis has already weighed down China’s economic recovery and has vehemently discouraged foreign investors from parking their money in the communist nation.

Also, considering Xi Jinping’s treacherous sway over the CCP before the 20th national congress slated to be held next year, political tensions in China are expected to run hotter in the coming days. It is a do-or-die situation for Xi Jinping’s rivals in the party for preventing Xi Jinping from winning a third term in the office.

So, China has deleted the data of all the political cases from its judicial database, to prevent the world and masses at home to know about the no-holds-barring quest for power currently underway in the CCP.

Xi Jinping’s paranoia and megalomania have dismantled the Chinese economy beyond repair. So, concealing data is the only viable solution for China now. That’s because data emanating out of China in recent times paints a bleak picture of China’s economy, which contradicts the CCP’s hefty claims and commitments.

The Chinese economy, for instance, had posted a quarterly growth of 6.5% in the September quarter. This is the lowest quarterly growth in the decade – the situation for China was never more worse since the global economic slowdown of 2008-09. Fixed assets investment grew 5.3% in the first eight months of this year, which is the lowest investment growth for the Chinese economy since 1995. This is the fifth consecutive record low for China.

Data has ruthlessly broken the myth of the invincibility of Chinese economy, and that’s why data is now being targeted by the Chinese Communist Party. A paranoid Jinping now deems data as the biggest threat to his political ambitions. So, he has resorted to waging a war against data to subdue his rising anxiety.