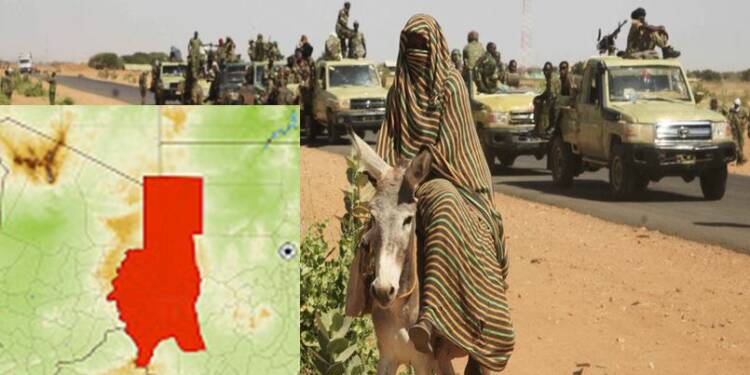 Developments since last month in the Darfur region of Sudan have turned pretty grim. There have been a series of attacks on people in West and North Darfur, resulting in deaths and mass displacement. In the Kerenik and Jabal Moon areas of West Darfur, about 100 people were killed, and 15 villages or relocation sites were burned to the ground. Jabal Moon was struck by additional strikes on December 8, only three weeks after the initial attack, with reports of new settlements being burned and people fleeing.

The recent increase underscores the terrible levels of violence that have shaken Darfur throughout 2021. From January to October this year, more than 430,000 people were displaced in Sudan, predominantly in Darfur, as a result of fighting. This is the largest number of civilians escaping violence in Darfur since the crisis began ten years ago. With the independence of South Sudan, most of the oil wealth was removed from Sudan, making Darfur one of the few remaining regions. And in addition to this, the region bestowed with a harsh climate is also home to Arab threat to the tribals in the region, given the levels of Islamist extremism.

Also read: Coup in Sudan brings Russia and Israel closer, despite US resentment

Therefore, to understand the bloody conflict which has turned into a systemic genocide and the slow erosion of the tribal identity of the long-isolated region of Darfur in Sudan, one needs to understand the people, the region and the dynamics thereof.

The genesis of the Darfur genocide:

The conflict has naturally centered on the districts of Darfur, where the militants choose to set up shop. Many civilians have chosen to evacuate and remove themselves from these conflict zones, as has been the case in several wars. Although the indigenous peoples of Darfur (the Fur and numerous other ethnic groups) and Arabs have always had unique identities, with scarce resources and the heightened terrorism of the Islamist extremists, ethnicity and race have become a component in the struggle.

The north’s dominance of the economic, political, and social institutions of the mostly non-Muslim, non-Arab southern Sudanese, was at the basis of these tensions. Competition for limited resources was a major factor. As nomads competed for grazing land for their herds, conflicts erupted, and traditional peaceful reconciliation procedures were no longer effective in resolving these conflicts, leading to the region’s militarization.

During the 1980s, regional tensions rose due to the difficulties of desertification, famines, and the civil war waging between North and South Sudan. Similarly, once oil was discovered in western Sudan, the Sudanese government and international donors became more interested in Darfur’s land. In addition to all this, the conflict between the Africans identifying as Arabs and tribals has led to a brutal level of violence.

The National Islamic Front (NIF), whose major goal was the construction of an Islamic state in Sudan and abroad, is one of the most fervent proponents of Arabism and Islamism as a model of Sudanese identity. Once in power, the NIF set out on a grand plan to transform Sudan’s state and society to reflect its ideology. Thousands of secularists were expelled from the army, civil service, and police, while opponents of the dictatorship were jailed, tortured, or assassinated. The NIF referred to their fight in the South as “jihad”, and it was fiercely pursued. Human rights violations, efforts to destabilise neighbouring countries, and practices of hosting radical Islamists from other areas of the Muslim world, contributed to the regime’s worldwide isolation.

Also read: Sudan becomes the latest nation to join the Arab-Israeli alliance in the war against Iran

After years of splintered attacks and erosion of the ethnic identity, Darfur’s war began in 2003, when ethnic African rebels rose up against the Arab-dominated government of former President Omar al-Bashir. Bashir retaliated by arming local Arab militias, known as the Janjaweed, to hunt down non-Arab tribes suspected of helping the insurgents. Hundreds of thousands of people were raped and killed, and many communities were pillaged and burned. The Washington Post Foreign Service interviewed verified victims of the rapes, and recorded that Arabic terms such as “abid” and “zurga” were used, which mean ‘slave’ and ‘black’, respectively.

Following widespread street rallies asking for his resignation, he was deposed from power by some of his own generals in 2019. Bashir, who is already serving a jail sentence in Sudan for corruption, is set to be transported to the International Criminal Court (ICC) to face charges of genocide and war crimes, which he rejects.

China National Petroleum Corporation built a 1,600-kilometer pipeline from the southern oil fields to the Red Sea port of Port Sudan in 1999. Sudan supplied less than 1% of China’s oil imports at the time. Chinese investments in Sudan totalled more than $8 billion by 2009, then Sudan became China’s fifth-largest oil supplier in 2012, delivering 67% of its crude. However, as South Sudan became independent, Sudan is using Islamic extremists to control the region, leading to extreme levels of violence and humanitarian crisis.

Based on reports, it was estimated the total oil reserves potential in Darfur to be between five billion to 15 billion barrels, with an average of ten billion barrels in all of the five basins in the region. For a country with few economic prospects, it has been fueling conflict in Darfur region and slow eradication of the tribals in the region.

The world could soon ban Chinese ships and airplanes