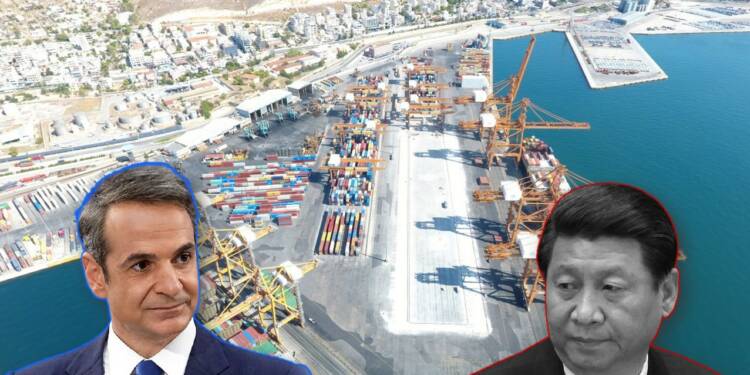 “They sold this place to China and Russia.” This is what some locals reportedly feel around the Greek Port of Piraeus, which is a 20-minute drive away from the capital city of Athens. These locals resent the presence of a Chinese operator of the Piraeus port that dates back some 2,500 years.

Such local resentment is seemingly compelling the Greek government to rethink Chinese ownership of the Piraeus port. In a written statement to Nikkei, Adonis Georgiadis, Greece’s development, and investment minister said that the port sale “was done in a different time when very few countries were interested in investing in Greece.” Georgiadis added, “As the Greek Prime Minister, Kyriakos Mitsotakis, underlined recently, we want and we have good relations with China, but they are also strategic competitors.”

Chinese State-owned company COSCO Shipping currently owns a controlling stake in the Piraeus Port and Beijing had promised to uplift the local economy of the region when it took over the centuries-old port. However, Giorgos Gogos, leader of a dockworkers union at Piraeus says that though China created jobs, it did not create good jobs. One of the biggest problems seems to be the employment of day labourers who receive little to no safety training. A worker for instance was fatally struck by a container crane in October which led to port’s unions calling a 24-hour strike. Gogos explained. “COSCO has not lifted the local economy as much as the community hoped.”

China has failed to help the local economy grow or bring in significant investments:

Chinese operations at the Piraeus port have been rather disappointing. COSCO Shipping had acquired 51 per cent of the Piraeus port’s stake in 2016 and further increased its stake to 67 percent this October. Beijing was always excited about the Piraeus port deal. Chinese President Xi Jinping visited the Greek port in 2019 and said that Piraeus port showed how the Belt and Road is “not a slogan or tale, but a successful practice and brilliant reality.”

Yet, for all the hype built around Chinese operations at the Piraeus port, Greece hasn’t really benefitted in terms of local jobs or investments. COSCO itself has stood to gain as container volume rose by a factor of seven to 5.65 million TEU in the ten years from 2009 when COSCO began operating terminals at the port for the first time. The company does pay 3.5 percent of the revenues to the local governments, but the nature of jobs provided to locals has been evidently substandard and the volume of investments involved is actually abysmal.

Most of the equipment and materials used in COSCO-led construction at terminals 2 and 3 were brought in from China. So, the related Greek industries did not benefit from the construction of extra terminals at the port. Moreover, COSCO had committed to invest an additional 294 million euros ($332 million) in the Greek port by 2021. However, till now, it has completed only about 100 million euros. The lack of Chinese investments is curtailing local growth and plans to build a new hotel, mall and other facilities in the vicinity have got stalled.

The Chinese inability to create enough jobs, bring in investments and generate enough jobs has now become a matter of dispute. COSCO blames the Greek administration and local opposition for delays. As per Washington, D.C.-headquartered think tank, Carnegie Endowment for International Peace, the Greek media has reported several controversial issues with regard to COSCO’s investments including “the absence of an environmental impact assessment for the construction of the new cruise terminal, and risks that transferring debris in the city could cause congestion and pollution.”

Greece getting closer to the EU and the US:

Unfortunately for China, Greece elected a conservative government in mid-2019, which reiterated Greece’s commitment towards its traditional allies- EU and NATO. And a recent Pew Research Center survey shows that the public at large supports this stance.

In fact, the cabinet of Greek Prime Minister Kyriakos Mitsotakis has adopted the EU’s triad definition of China as a partner, an economic competitor, and a systemic rival. This is what may have also led to Georgiadis underlining that the port sale was done at a “different time”. Today, Greece has many good friends like India, France, the US and the EU who would be more than ready to help Athens kick the Chinese out of the Piraeus port, and bring in new investments for developing the centuries-old port.

Greece, therefore, seems all set to kick China out of its prized Piraeus port, and this should send warning bells ringing for Chinese President Xi Jinping.

Conflict in Nigeria: When sectarian violence goes out of hand