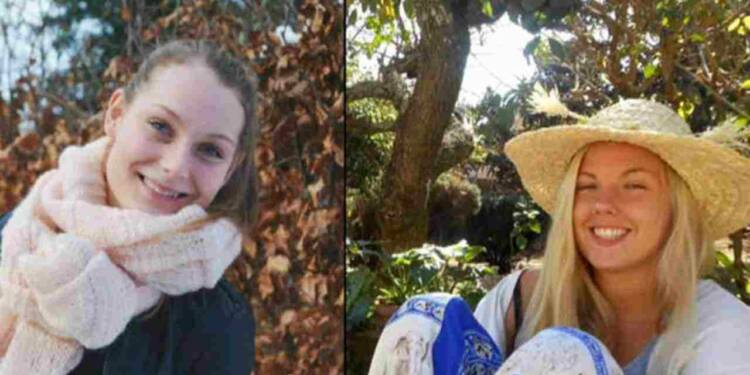 Louisa Westerager Jespersen, 24, from Denmark, and Maren Ueland, 28, from Norway, were killed in a terrorist attack named by the Danish and Moroccan authorities. On December 17, 2018, at the foot of Mount Toubkal near the village of Imlil in the village of Imlil, the decapitated bodies of Louisa Vesterager Jespersen, a 24-year-old Danish woman, and Maren Wyland, a 28-year-old Norwegian, were found.

Prosecutors have already demanded the death penalty for three key suspects in the murder of Petersens’ daughter, 24-year-old Louisa Vesterager Jespersen and 28-year-old Maren Wyland from Norway in December 2018, who were killed near the village of Imlil in the Atlas Mountains.

The killings were characterized as a terrorist act by the Moroccan attorney general after a video was shown online in which many suspects swore allegiance to the Islamic State of Iraq and the Levant during Jespersen’s beheading.

What Happened that time?

24-year-old Danish and 28-year-old Norwegian Louisa Vesterager Jespersen were found dead from a wound on their neck near the village of Imlil on their way to North Africa’s highest peak and popular hiking destination Tubkal.

Men in their 20s and 30s are making final preparations for a trip to the Atlas Mountains after years of dreaming about how to launch a terrorist attack. They attacked Ulan and her Danish friend Jespersen with sleeping bags, stabbed them with a knife until their bodies were limp, and then chopped off their heads in the horrible sequence recorded by the mobile phone.

Ueland and Louisa Jespersen were among five university students in southeastern Norway who had been planning a trip to Morocco for months and wanted to climb the highest mountain. Stine Holm Kwisselgaard, a classmate of Ueland and Jespersens, had originally planned to join them on their Atlas Ridge excursion, but at the last moment decided to stay with two other students heading to the coast of Morocco on a surfing trip.

The video allegedly showing the killing of two Scandinavian university students in a remote part of Morocco’s Atlas Mountains is likely genuine, Norwegian police said Friday. Louisa Jespersen and Ueland were students at the University of Southeast Norway, where they studied outdoor recreation and a nature guide to become tour guides.

A video reviewed by INSIDER and verified by Danish intelligence shows that Louisa Jespersen was beheaded. The video, in which all four men swear allegiance to so-called ISIS leader Abu Bakr al-Baghdadi, was confirmed by investigators and confirms suspicions that Ms Louisa Jespersen and Ms Wyland were killed in a terrorist attack.

In a shocking event, Ms. Wylands Irene’s mother’s Facebook page was spammed with hundreds of horrific images of her daughters and Ms. Louisa Jespersen being murdered with her head severed.

Sale prison in Morocco, where the suspects in the murder of Wyland and Louisa Jespersen are being held. The prosecution said the three female killers were “bloodthirsty monsters,” noting that the autopsy found 23 wounds on Jespersens’ decapitated body and seven on Wheland’s.

The video was filmed a week before Denmark’s 24-year-old Louisa Jespersen and Maren Ueland, 28, were found dead in Morocco’s High Atlas Mountains, the prosecutor said. On the same day, Norwegian television reported that two women, a Norwegian and a Danish, had been found murdered in Morocco, but their names were not released.

The Norwegian National Criminal Investigation Service has investigated the video being shared on social media. The mother of a Danish student, who was beheaded along with another Scandinavian woman on a trek to the High Atlas Mountains in Morocco, demanded that the alleged jihadist assassins be sentenced to death as their trial drew to a close. Danish police have opened a criminal case against 14 people who allegedly shared a video of the murder of a young woman in Morocco.

Also Read: Hoax of pop hold it down lady’s death

Rob Manfred Salary – How much does he actually Earn?