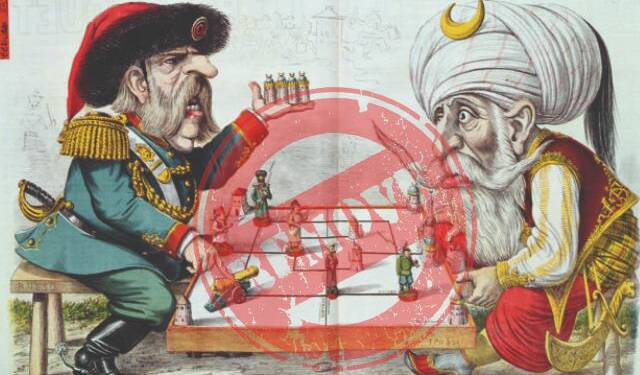 It’s time for a small English lesson. You must have heard the term “Young Turks”. In the world of politics, it is used to refer to someone who is making or advocating radical changes in a well-established organisation. So, it is all about a young progressive individual trying to change old norms established in an organisation by the old conservatives.

There could be a “young Turk” in any organisation from a political party to a private company, or a University to a nuclear family. But how did the term originate and should we retain it or should it be discarded now?

The term “young Turks” is of a relatively recent origin and became a part of the English language only in the 20th century. It was first used to refer to a nationalist party called the Committee of Union and Progress (CUP) that wanted to bring about some radical changes in the Turkish political system.

In 1908, the ‘Young Turks’ managed to overthrow the reign of Sultan Abdul Hamid II and establish a constitutional government. The Young Turks promised to modernise the erstwhile Ottoman Empire and inculcate a new spirit of Turkish nationalism. However, it’s poor handling of foreign affairs and catastrophic decisions led to the dissolution of the Ottoman Empire.

It’s time to scrap “Young Turks” from the English dictionary:

We don’t blame you if you perceive “Young Turks” as a symbol of revolution, reform and progress. Due to years of usage, the term has come to signify such a connotation. However, it is time to scrap the usage of the term “Young Turks”. The “Young Turks” revolution was a radical movement that used jihadist forces to achieve geopolitical gains.

During the First World War, the Ottoman Empire used the weapon of Jihad in Libya. The Ottoman Empire had withdrawn from Libya by the Ouchy Treaty in 1912. The Jihad Declaration issued by the Young Turks’ government was read in mosques in Libya and other Islamic lands. The entire region known as Libya today was radicalised by the Young Turks’ government and used as a weapon against the Italians.

“Young Turks” may have started as an anti-imperialist power, but they soon turned into a brutal force.

The government led by the “Young Turks” is the one that headed the Armenian genocide from 1914 to 1923, during which the Ottoman Empire carried out the ethnic cleansing of 1.5 million Armenians. The genocide is believed to have begun on April 24, 1915, when the Ottoman authorities executed hundreds of Armenian intellectuals. The Young Turks’ government did not give any protection to the Armenians. When young Armenian soldiers were out to fight a war, their families were exposed to religious rioting by the Young Turks.

Even the US Congress recognises the slaughter of Armenians by the erstwhile Ottoman Empire as a ‘genocide’. The Young Turks’ Crime Against Humanity: The Armenian Genocide and Ethnic Cleansing in the Ottoman Empire, a book written by Turkish-German historian Taner Akçam, was also published by Princeton University Press in 2011. The book introduced new evidence from 600 secret Ottoman documentary sources and disclosed how the Young Turks tried to get rid of Greek Christian subjects.

At the end of the day, the term “Young Turk” continues to be used for someone of a revolutionary and progressive character. The term has, by and large, a very positive connotation. But you know how Young Turks committed several crimes against humanity, the shades of some of them are visible in Erdogan’s Turkey as well.

It is said that “Young Turks” continues to be used in a positive sense and it is time that the term is scrapped from modern language.