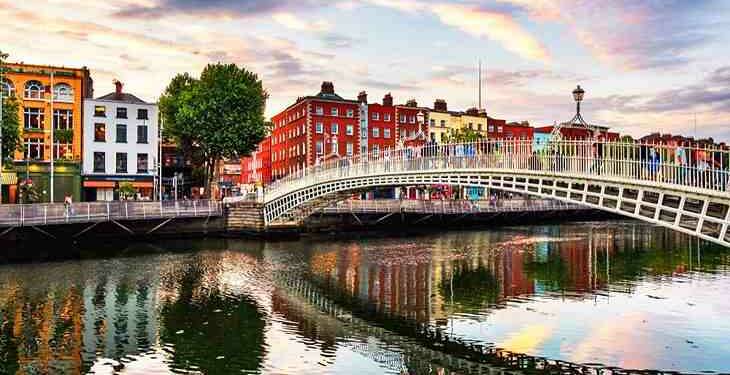 When your nose itches, it’s an indication that you’re about to get into a battle. An itchy nose is aggravating enough on its own, but believing that it means a fight is on the way adds to the annoyance. Some people assume that a light punch and a handshake with the accused fighter will be enough to end the fight. While most Irish people today probably do not believe many superstitions including nose, the Irish psyche has a healthy respect for them.

Respect for the rules of ancient Irish life comes naturally to many of them. Whether it’s bad luck or luck, there is a certain set of superstitions that are passed down from generation to generation.

And without even realizing it, the Irish follow these superstitions with absolute caution and attention. When people say that the Irish have a superstition about everything, they mean literally everything.

Whether you believe in one of these old superstitions or not, there is no doubt that the old adage has the complete truth, that if you are Irish, you are lucky. I know we all know this superstition (good luck), but I want you to know that it is Irish.

This is another problem that most people at least know; Irish people think it is unfortunate to sprinkle salt on the table.

The Irish believe that if knife falls on the ground, a gentleman will come to you.

If a man goes to the market and his wife throws an old shoe behind him, it shows that he is very lucky.

Good luck at a wedding seems to come from throwing old shoes at a happy couple or two on the morning of the wedding day or after the ceremony.

If you find a horseshoe, spit on it and throw it over your head and you’re in luck. If your tooth falls out and you put it on the windowsill at night and is gone in the morning, you’re in luck. When you see a white horse, spit and close your eyes, and you’re lucky, but don’t forget to wipe off the saliva afterwards.

A haircut in Lent is a bad hairstyle because it will never grow back. As one of Ireland’s old superstitions said, if you ever turn your shirt over, it’s luck. Perhaps this is one of the oldest superstitions, but the Irish still did not try to test it. The Irish even rhyme with their favorite superstition, like a magpie.

Popular superstitions in Ireland from hundreds of years ago

These were not Christian beliefs, but in Ireland, where life was often difficult, it seemed prudent to simultaneously adhere to Christian and popular beliefs in order to protect fortune.

Along with these superstitions, there was a strong belief in fairies in the villages and their appeasement out of fear of accumulating bad luck. Inishowen’s fishermen did not want to paint their boats green; Taking shortcuts along established routes along the coast was unfortunate, and the water in the house – not just in coastal areas – was associated with many superstitions.

Also Read: What is a Promised Land and Why you should read this?