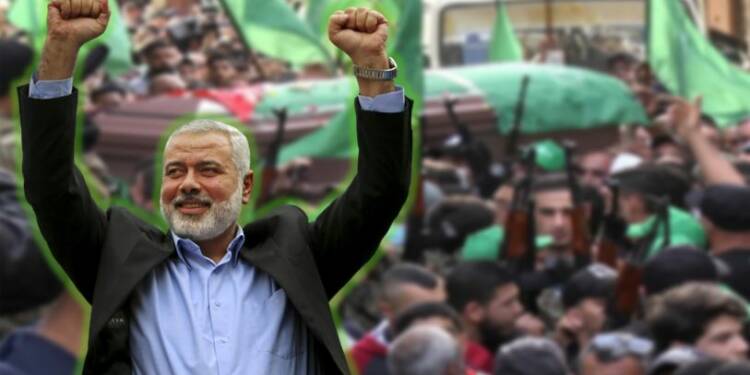 The terrorists organization Hamas and its adherents have long believed in sacrificing themselves for the sake of their beliefs. Now they have stooped to killing their own, just to gain sympathy in Lebanon, as its political and economic fortunes dry up in the region. An arms depot operated by Hamas burst on Friday evening, according to Lebanon’s state-run National News Agency (NNA), killing several people, while rescue workers disputed the claims. According to the report, the blast occurred at a storage facility in the Burj el-Shemali camp east of Tyre. “A fire in a warehouse of Hamas ammunition, weapons, and supplies contributed to the explosion,” according to a Lebanese military source quoted on Friday.

As if the explosion was not enough, two officials from the Islamist terrorist group Hamas told Reuters that four people were killed and several were injured in a shooting in the Palestinian settlement of Burj el-Shemali in Lebanon on Sunday. And the fact they blamed rival movement Fatah for the killings, makes it clear that it is not just a coincident but a well orchestrated attempt by Hamas to gain some traction at a time when its political clout is at an all time low.

The Middle East and North Africa (MENA) region has been going through some major changes and as things stand, analysts are trying to not miss even the minutest of details regarding the actions of regional powerhouses. Since the Abraham accords have taken shape, countries like Egypt (who have already normalised relations with Israel) are finding it easier to cooperate with the Jewish nation, given the absence of any significant criticism from the Arab world. Israel has realised the significant leverage it currently has and this is why it wants to gain larger recognition regionally, and wants to cooperate with the larger allies to deal with the menace of Hamas.

Despite the fact that there are presently no public peace discussions with the Palestinian Authority, the new Israeli government, which took office in June, has taken initiatives to build confidence with the Palestinians. In August, Defense Minister Benny Gantz met with Abbas for the first time in almost a decade, marking the first public meeting between high-ranking Israeli and Palestinian officials. At a press conference following the meeting, Gantz urged for the fragile Palestinian Authority (PA) to be bolstered as a bulwark against Hamas and other terror groups.

Hamas’s actions in Lebanon are a show of its vulnerabilities:

The shootings occurred during the funeral of a Hamas member murdered in an explosion in a camp in the southern Lebanese port city of Tyre, on Friday night. “Fatah gunmen opened fire on civilians taking part in the funeral march on purpose,” a Hamas official added, declining to be identified. A Reuters inquiry for comment on the Hamas claim received no immediate reaction from the Palestinian ambassador’s office in Lebanon.

Several armed Palestinian organisations, including Hamas and the Fatah movement, control nearly a dozen Palestinian camps in Lebanon, which Lebanese officials do not access by tradition. However, with the slump in the political fortunes of Hamas and with the regional players working to end its shenanigans, it has begun killing its own people, just to gain some sympathy and win back its fast depleting political clout.