Indonesia is well on its way to go nuclear, and it’s a direct message to Beijing 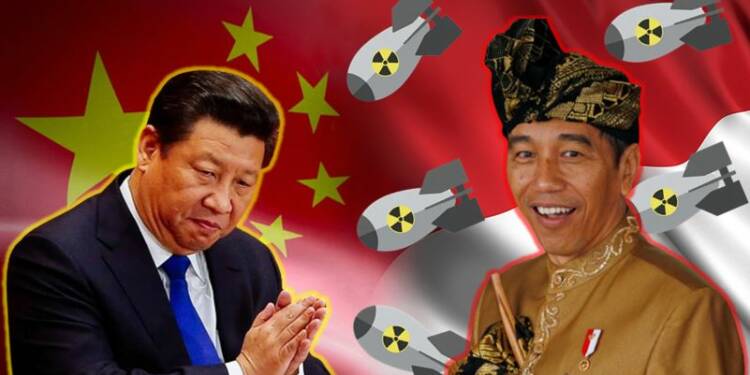 The world is not aware of Indonesia’s nuclear ambitions, but the current Joko Widodo administration is mundane. It admires the country’s first president Sukarno, who once aspired of making Indonesia a nuclear power.

Sukarno cherished the ambitions of developing nuclear weapons in the mid-1960s. But his removal from the office in 1967 killed those dreams in stillbirth. Widodo is covertly working to resuscitate those dreams now.

Developments over the past year highlight the Indonesian government’s eagerness to rekindle nuclear dreams. For instance, Indonesia’s coordinating minister of maritime affairs and former chief of staff to President Widodo, Luhut Binsar Pandjaitan, openly expressed his displeasure that powerful countries don’t consider Indonesia as a serious player because of its lack of nuclear weapons.

Three months later, Defense Minister Prabowo Subianto spilled the beans when his meeting with the governor of the Banka Belitung Islands went public. The defence ministry reportedly discussed setting up a ministerial office in the islands. Interestingly, the islands are estimated to hold 95% of Indonesia’s thorium.

Thorium converts to Uranium upon absorbing a neutron, and that’s why it becomes an important element in the development of the nuclear weapons. In July, Prabowo and Luhut also met to discuss the use of rare earth minerals.

As per a report by The Diplomat, Indonesia’s defence ministry looks interested in building a thorium molten salt reactor of small size by 2025 “for particular national security purposes.” The officials say it will be used to generate electricity for marine vehicles, with a generation capacity of 50 Megawatts.

In July 2020, the country’s defence ministry inked a deal with U.S.-based nuclear company ThorCon International to collaborate on the research and development of a small thorium molten salt reactor. ThorCon has pledged to invest $1.2 billion in the country to develop a larger, 500-megawatt floating nuclear power plant by 2027.

Indonesia’s keenness to harness nuclear energy illustrates the country’s baby steps towards Indonesia’s dreams of acquiring nuclear weapons. Although Indonesia is bound by several international norms and ASEAN agreements that prevent the country from cherishing such inflated ambitions, Indonesia’s security predicaments have complicated its deliberations, as of late.

The China Challenge is real for Indonesia. The two countries are enmeshed in a fierce boundary dispute. The Natuna Islands dispute is a longstanding issue in Sino-Indonesian relations. However, things went a little too far when China asked the Indonesian government to stop drilling for oil and natural gas near the Natuna Islands on the ground that the region was “Chinese territory”.

Also read: China-Indonesia tussle is heating up and India has come to Indonesia’s rescue

Indonesian authorities, on the other hand, are considering to create a maritime militia of their own and sending in fishermen to inspect irregular Chinese activities in the disputed region. Colonel Wisnu Pramandita, the spokesman for the Maritime Security Agency (Bakamla), also disclosed plans to train and pay fishermen to join patrols by the agency and the navy.

Indonesia last month also held an ostentatious naval exercise with Russia and other ASEAN nations for the first time ever in the waters around the Malacca Strait. After the AUKUS pact came into being between the USA, the UK and Australia, Indonesia is now feeling more emboldened than ever.

Also read: In a massive blow to Beijing, Japan is arming itself with Nuclear Submarines

Indonesia and Australia are close strategic partners. Australia considers Indonesia as its gateway to the ASEAN. So, as Japan and Australia step closer towards having their hands on nuclear-powered weapons and submarines, Indonesia is also craving to have its own nuclear weapons to deter China from bullying the smaller ASEAN nations.