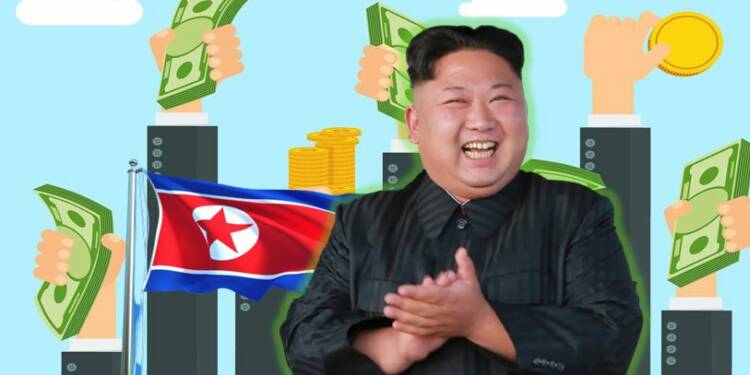 Kim Jong-un’s North Korea is changing. First, Pyongyang started subtly snubbing China. Then, it started giving soft signals to the west and the rest of the democratic world about its intentions to get over past enmity and negotiate better ties. And then, the North Korean Supreme Leader gave hints of moving away from communism itself. In latest news, North Korea is beginning to turn to capitalism. It has facilitated the way for private players to become the number one economic player, overtaking state-led agents. According to a report by South Korea’s Unification Ministry, private activity has grown from about 28% a decade ago to make up nearly 38% of the North Korean economy.

The report detailed how government-led programmes have shrunk to make up 29% of the economy from 37%, while around 9% was from entities that work in both state and private sectors, up from 7%. Reuters reported that number of merchants has also soared some fourfold to hit an all-time high at about 1,368 in 2018, from 338 in 2011, before sharply dropping amid economic hardships and the pandemic. It quoted South Korea’s Unification Ministry as saying, “As marketisation continues, the proportion of private economy is on a long-term upward trend. People’s activities are shaping into a dual way, state and private economy.”

Owing to his subtle pro-market inclinations, Kim Jong-un spearheaded North Korea into witnessing an economic growth of 3.9% in 2016 – which has been the fastest the isolated country witnessed in 17 years. Soon after, however, massive sanctions followed, and today, despite the heightened private sector footprint across North Korea, the country is staring at an economic crisis, which is expected to turn into a full-blown food crisis as early as net year.

This month, Kim warned of a “very giant struggle” next year, and called in October for focusing on improving people’s lives despite “grim” economic conditions.

Kim Jong-un is frustrated with communism:

The fortunes of the private sector in North Korea have begun flourishing owing to Kim Jong-un’s acceptance of the need for a market economy which interacts with the world. In remarks made in January this year, the North Korean Supreme Leader said that solving North Korea’s economic problems would be possible only after “breaking with current wrong ideological viewpoint, irresponsible working attitude, incompetence and obsolete working manner.” North Korea has always remained a staunch communist nation, and Kim’s rule isn’t any exception. His remarks, however, suggested a clear intent to break away from traditional communism.

A major driver of Kim Jong-un’s changed view on communism seems to have been the Covid-19 pandemic, which has woken up the man from his slumber. For far too long, North Korea has been surviving while clawing on to the bits and crumbs thrown to it by China. However, with the Covid-19 pandemic wreaking havoc across the world, China’s own economy has come under intense stress. It is finding it difficult to fulfil its own needs, and as such, for it to provide for North Korea would definitely be an overestimate of tremendous proportions.

Also read: Is North Korea set to not only dump China but Communism too? Kim Jong-un’s tirades on ‘ideology’ reflect change

Kim Jong-un’s remarks, and the rise of private enterprises in North Korea reflect a desire to open up the North economy. North Korea had shifted away from being a fully centralised system in the 1990s itself and businesses sprung up as the purely state-owned system collapsed.

Now, North Korea seems driven by its own miseries and economic mess to abandon communism for good, while embracing capitalism. If he is successful, Kim Jong-un could turn a new leaf for himself by leading his country’s economic shift away from destructive socialism.