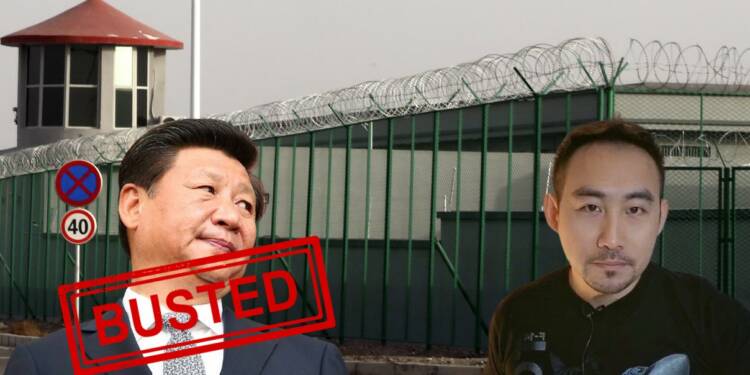 The Chinese Communist Party is faced with a really difficult situation internationally. World powers are making it their foreign policy priority to punish China based on its Human Rights record. In the face of increasing criticism right from its neighbour Japan to other US allies and now even the European Union, China has failed to control the international narrative. Now, even the latest efforts to use influencers to hide its human rights abuses in Xinjiang have accidentally ended up exposing the very acts.

A detailed report by the Australian Strategic Policy Institute (ASPI) mentioned how the Chinese Communist Party is hiring influencers as borrowed mouths to spread its narrative of a heavenly atmosphere in Xinjiang. However, the incidents mentioned in the reports also shed light on how these efforts are turning out to be counterproductive. The study of one video, taken by a ‘vlogger’ from Singapore, revealed that he unintentionally filmed seven separate detention facilities in a 15-minute YouTube video depicting his airliner’s descent into Ürümqi International Airport, according to the ASPI report’s key conclusions.

Earlier, CCP had also tried to give a guided tour to the European Union too, but the EU did not buy the suggestion at that time. While the EU may have realised the folly, the larger narrative could have been altered, because of the influence the YouTube creators hold.

Read More: China wanted EU to have a nice guided fake tour of happy Xinjiang but EU wants to see the real picture

CCP’s attempt to change the narrative on Xinjiang

Pro-CCP propaganda on Xinjiang is accidentally revealing the truth

The Canberra-based think group claimed in a paper released on Tuesday that it found at least 546 postings on Chinese state-controlled social media accounts promoting Xinjiang-related content authored by 13 foreign influencers. Videos depicting a “wholly favourable image of life in Xinjiang” by emphasising on the region’s food, culture, and infrastructure, as well as more “overtly political” videos disputing charges of mass incarceration and forced labour, were included in the posts, which ran from January 2020 to August 2021.

ASPI examined hundreds of YouTube videos showcasing foreign influencers’ visits to Xinjiang. The report read, “Our analysis reveals that some of the locations shown in the foreign influencers’ films were chosen by state entities, much as many tours of Xinjiang are predominantly directed by state-controlled institutions and government authorities.” The research indicated that detention centres were occasionally mistakenly recorded when the sites were not chosen by the Chinese government.

Beijing has defended its “vocational education and training centres,” claiming that they are important to combat violent extremism and poverty. However, the fact remains that even the positive narrative campaign is failing, and the YouTubers are accidentally revealing the modern era industrial genocide complexes that will even put Hitler and Stalin to shame.