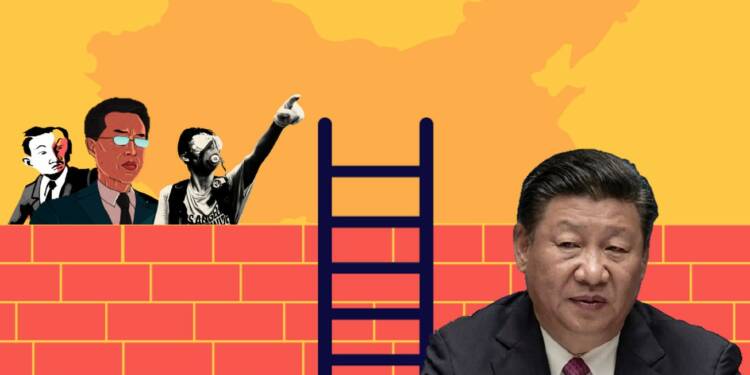 The scare of a sudden uprising spurring out of the miserable condition of the Chinese people has reached its epitome. The Great Firewall of China has been for the longest time considered impenetrable. However, with the Chinese people searching anti-CCP things online, at the Chinese Communist Party’s request, Microsoft’s Bing suspends its auto-suggest feature in China. A “relevant government agency” has ordered Microsoft Corp.’s Bing, the only major foreign search engine available in China, to cease its auto-suggest function for 30 days.

On Friday, Bing wrote on its Chinese search site, “Bing is a worldwide search platform and is dedicated to respecting the rule of law and users’ right to access information.” The suspension was not accompanied by any explanations. This development comes at a time when the very journalists who were used by the CCP for propaganda have suddenly been detained. The people are angry, scared, and pessimistic about the future under the disastrous policies of Xi Jinping. Now that people are searching for facts and digging the reality, CCP has gone into a crisis mitigation mode.

Over the last year, Chinese internet companies have been slammed by a regulatory crackdown that has imposed new restrictions on everything from content to user privacy. The Chinese government has also stated that it wants platforms to promote key communist ideas more actively.

Microsoft announced in October that it would shut down its professional social networking platform LinkedIn in China, citing the country’s “much more demanding operating environment and more regulatory requirements.” Chinese authorities were putting growing pressure on LinkedIn to remove profiles of China critics who were utilising the social networking features of the website to express their opposition to the CCP. This is why the CCP saw LinkedIn as a potential danger. The Communist Party’s pressure on the career networking website appears to have reached a breaking point.

Also Read: LinkedIn had become a threat to the CCP so it was forced to quit China

While China has shunned all Western social media platforms, LinkedIn decided to stay in 2014 and decided to abide by Chinese internet regulation. China, on the other hand, appears to have been caught aback when it realised that LinkedIn’s idea-sharing functions could be used to spark debate about the CCP’s misdeeds. LinkedIn’s primary goal may be to facilitate professional networking, but for an Uyghur Muslim in Xinjiang, a Buddhist monk in Tibet, or a pro-democracy activist in Hong Kong, it might easily become their only means of venting their anger against the CCP in mainland China.

China believed that the Microsoft-owned service might effectively replace the void left by Western-styled open discussion forums in China.

Microsoft-owned service, LinkedIn, was forced to filter everything under the sun by an indictive and paranoid China. The CCP pushed the career networking site to leave China, making it impossible for it to operate in the Communist country. As we all know, the vulnerability and paranoia of Xi Jinping and CCP are only going to expand, given the worsening situation of China. Now, the attempt to force Bing search engine to stop its auto-suggest options for some time may have worked, for now, going ahead, Bing might be forced to fold its business altogether.