China was stealing drones and cruise missiles from Israel, got caught red-handed 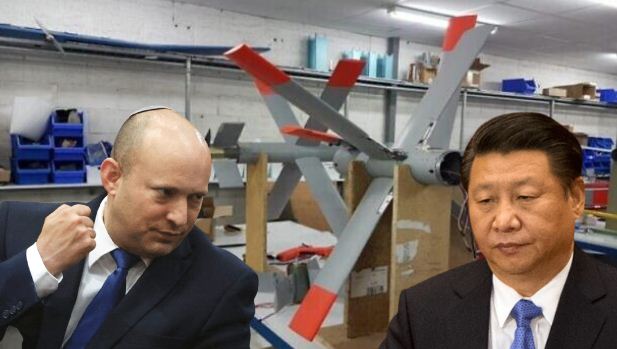 In February this year, Israel had uncovered a nexus between some of its defence contractors and manufacturers and an “unnamed Asian country”. This unnamed Asian country, which seems to have a rather unique fetish for stolen defence technology, had reportedly lured over 20 Israeli citizens, including veterans of the Israeli defence industry to develop, manufacture and transfer such weaponry. The 20 Israelis, in the know of high-end defence technologies, had secretly received instructions “from entities related to the same country,” in exchange for “considerable funds” paid to them, as well as other undisclosed benefits. Back then, TFIglobal had reported this “unnamed country” to be none other than China.

Now, Israel has come out in the open and confirmed our hunch. The Israeli state attorney office connected to the finance department has said that ten Israeli suspects, including three companies, committed security violations to sell the missiles to China. These companies and individuals have been found guilty of illegally exporting cruise missiles to China. Do you see what has just happened? Israel has exposed China before the whole world for trying to acquire defense technologies from it illegally.

Given how China is a serial and habitual thief, scamster and plagiarist, one would think the Communist nation would be able to cover its tracks impeccably. Evidently, that has not happened, and the CCP now has an egg on its face. Interestingly, Israel gave China plenty of time to mend its ways. However, with the Israel-Gaza war earlier this year, let’s just say all such hopes were dashed. China engaged in blatant anti-Israel propaganda and sided with Hamas. It also acted against Israel at the United Nations.Then, Israel went ahead and put a sort of unofficial hold on mega Chinese projects, and the two countries have not been on talking terms since.

Read more: Why not to get too close to China: Israel learns its lesson the hard way

In Israel, every defence equipment manufacturer must abide by the Defense Ministry’s Defense Export Controls Agency (DECA), which manages the export and licensing of all Israeli-made defence equipment and technologies, and according to which relevant companies are required to apply for a permit before brokering any overseas deals.

The suspects were charged for violating security, including money laundering and violation of the defence export act. The attorney general alleged that the suspects had carried out tests, produced cruise missiles and managed to transfer the missiles to China and received millions of dollars from the Chinese authorities.

Israel’s ‘suicide drones’ are fast becoming a global sensation due to their small build, unprecedented manoeuvrability, extremely low detection rates and seamless manual controls. The unmanned combat aerial vehicle is also known as the ‘Harpy-2’ loitering munitions missile. The drone loiters over the battlefield and attacks the targets by self-destructing into them, which is why it is called the ‘suicide-drone’.

Most importantly, such attack drones are inexpensive when compared to other unmanned combat aerial vehicles available in the market. Here’s a life lesson. Whenever you see something cheap, think of China. Cheapness and China are synonymous. They go hand-in-hand.

But Israel has now officially named and shamed China. This is very significant, as it comes at a time when awareness regarding China’s misdeeds and criminalities is on the rise around the world. Xi Jinping cannot hide his stupid face for long now.

‘Death to Pakistan,’ Taliban has now trained its guns on Islamabad