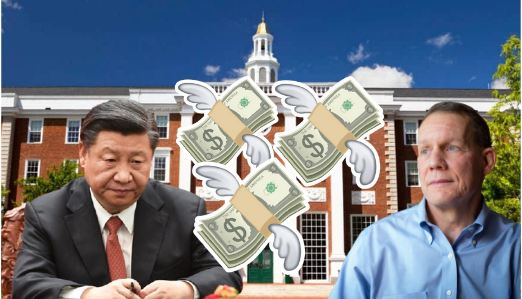 Charles M. Lieber, a Harvard professor has been ensnared in the net of federal authorities for evading tax and lying about his deep connections with China, the Chinese Communist Party (CCP), and its infamous ‘Thousand Talents Program’ (TTP).

Reportedly, Lieber has been found guilty on six felony charges, including two counts of making false statements, two counts of filing false tax returns, and two counts of failing to file reports for a foreign bank account in China.

Lieber, who was arrested in January is the former chair of Harvard’s department of chemistry and chemical biology and may have been involved in close. Prosecutors looking to pin Lieber argued that the professor knowingly hid his involvement in China’s Thousand Talents Plan.

According to The Harvard Crimson, Lieber lied about his ties to the program in interviews with the Department of Defense and the National Institutes of Health, which funded his research with millions of dollars in grant money.

Furthermore, the prosecution revealed that Lieber received hefty amounts of money from the Chinese government. Lieber concealed the fact that under the Chinese program, he received $50,000 a month from the Wuhan University of Technology, up to $158,000 in living expenses and more than $1.5 million in grants.

As a quid pro quo deal for the money/bribe poured his way, Lieber agreed to publish articles, organize international conferences and apply for patents on behalf of the Chinese university. Despite all the damning evidence, the defendant pleaded ‘not guilty on all accounts.

After hearing both sides, the jury deliberated upon their decision for about two hours and 45 minutes before concluding that Lieber had indeed lied.

China has long harboured dreams of becoming the global leader in Science & Technology (S&T). However, the incapability of its populace to innovate and come up with original, indigenous ideas has been a major impediment to the realization of that dream.

As reported by TFI, understanding that its engineers and scientists are only proficient in producing counterfeit products, CCP introduced the ‘Thousand Talents Program’ in 2008 to steal advanced technologies and intellectual properties from other countries by poaching foreign experts from overseas.

With Trump no longer in the White House, China’s ‘1000 Talents Plan’ is being pursued much more aggressively as the Biden administration ignores such warnings. Under the program, Beijing has a steady stream of the USA and other countries’ engineers, academicians, and other professionals going back and forth to China for several months at a time.

Read More: After Trump’s exit, 1000 talents program is blooming again in China, and that is terrible news for the free world

Earlier this year, CCP under Xi Jinping released its 14th Five-year plan with special emphasis being laid on the ‘1000 Talents Plan’. The CCP is constantly trying to access technological advancements and innovations taking place in the USA on USA taxpayers’ money.

The robbed technological know-how is being essentially used by Beijing for military and economic gains under Xi Jinping’s civil-military fusion.

Read More: Top University professors are on the payrolls of the CCP to help China get crucial defence tech

TTP remains dangerous for the free world, as the CCP has also used it for stealing the American Intellectual Property (IP). FBI Director Christopher Wray described it as “economic espionage”.

The level of secrecy involved with the TTP makes it doubly dangerous. When academicians themselves do not disclose their association with the Chinese Plan, the American Universities and the Joe Biden government will have a hard time when it comes to insulating Australian academic circles from China. It’s time that the White House smelled the coffee and scrapped the program in the states.