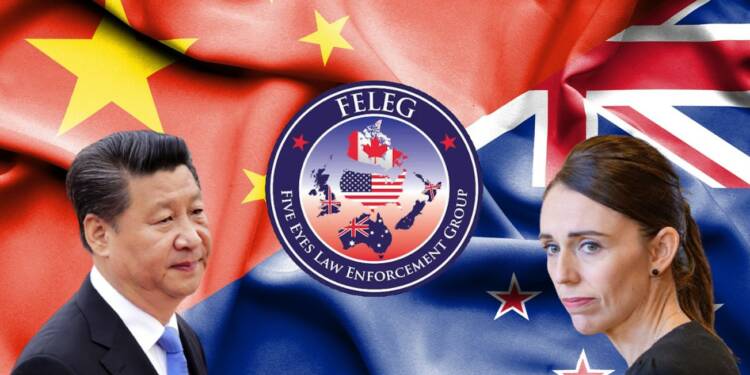 Some people reach the highest offices of a country but do not have the minutest foresight when it comes to gauging the future of geopolitics. It is because of them, countries end up pushing existentially important decisions for later, adversely impacting the geopolitical fortunes of the country. One such example is that of Jacinda Ardern’s administration of New Zealand. After taking the side of the Chinese Communist Party for a large part of the last couple of years in a pandemic ridden world, it is now waking up to the threat of Communist China.

This change in tone is followed by a report released by New Zealand’s Defence Ministry that has stated that the country faces “a substantially more challenging and complex strategic environment”, in large part because of China’s rise and “increasingly strong nationalist narrative”.

The report, which was released on 8th December, included a detailed discussion of China’s military modernisation, and also underlined the importance of New Zealand’s security relationship with other Five Eyes nations- the United States, United Kingdom, Canada, and Australia.

Highlighting just how big the China threat is, the report singled out strategic competition between the United States and China as a “major driver” of increased insecurity. The Ministry characterised the Indo-Pacific as the “central global theatre for strategic competition.”

The Defence Ministry report also warned that an external power could set up a military base or deploy paramilitary forces in the region. This is, of course, a reference to China. The Kiwi establishment is therefore worried about China militarizing the South Pacific region.

Notwithstanding how the Jacinda administration has been generally favourable towards Beijing, the Defence Ministry report released on 8th December has strongly rooted for a better relationship with the Five Eyes countries. It noted that “the defence aspect [of Five Eyes] is as long-standing and as fundamental as the intelligence aspect.”

Impact of the report

After raising concerns about Chinese state-funded hacking and the plight of Uyghur Muslims in Xinjiang, New Zealand‘s relationship with China has deteriorated this year. New Zealand would be “uncomfortable” if the Five Eyes intelligence alliance’s remit was expanded to encompass diplomatic concerns, according to Mahuta.

Director of 36th Parallel Assessments Paul Buchanan said it was unclear whether this week’s joint statement on the Hong Kong elections was consistent with New Zealand’s professed independent foreign policy, or if it was an indication that the country had abandoned it in order to align itself more closely with its traditional allies.

He also said a “hardening stance” against China was consistent with the findings of a new defence report, which classified “China’s rise” and its power struggle with the US as one of the Indo-Pacific’s most serious security threats.

New Zealand’s defence establishment is looking at the big China threat and wants to formulate policies that can fulfil Wellington’s security interests. However, the question was whether Jacinda Ardern will give up on her pro-China character due to the latest Defence Ministry report. By a cursory look at the latest actions of the New Zealand government, it becomes all the more clearer that the defence establishment’s warning has made Jacinda backtrack on her administration’s CCP love affair.

Not Santa, Jinping is coming this year to bring the Chinese Christians a present they will never forget