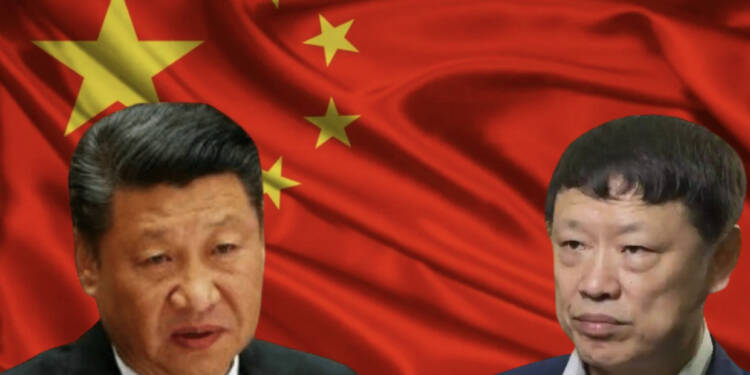 He was a committed foot-soldier in Xi Jinping’s wolf-warrior diplomacy. He warned that Britain will be treated like “a bitch” who is “asking for a beating”. He compared India to a “bandit” that has “barbarically robbed” Chinese companies. He referred to Australia as nothing more than “gum stuck to the bottom of China’s shoe”. He is Hu Xijin, the former editor-in-chief of Global Times.

But despite all the feathers in his cap, he has been sacked, insulted, and forced to announce early retirement. Why? Because no matter how committed Hu may be, he is a Christian and you cannot win favour with the CCP if you practise a religion.

Hu’s sacking- is there a Christian angle?

Yusuf Unjhawala, an Indian defence expert, tweeted, “Oh! So @HuXijin_GT goes because he is a Christian and pseudo communist as they are saying?”

Oh! So @HuXijin_GT goes because he is a Christian and pseudo communist as they are saying? https://t.co/dhdYprxXE4

Unjhawala quoted a tweet by China expert Henry Gao stating, “I knew Hu Xijin would fall someday, but I didn’t expect it would come so soon!” Gao tweeted two screenshots in the Chinese language to put across his point.

I knew Hu Xijin would fall someday, but I didn't expect it would come so soon! pic.twitter.com/JpgSPjyeTV

Notably, Hu Hu Xijin has had a history of getting emotional on Christmas. In 2019, he tweeted, “Merry Christmas. On Christmas Eve, my colleagues held a simple party in the office, sending greetings to Christian staff and wishing them a Merry Christmas.”

Merry Christmas. On Christmas Eve, my colleagues held a simple party in the office, sending greetings to Christian staff and wishing them a Merry Christmas. pic.twitter.com/ddpoO1QPJY

In 2018, Hu had tweeted, “Christmas decorations inside canteen of the People’s Daily headquarters. I wonder if the New York Times has Chinese elements during the Spring Festival in its New York office.”

Christmas decorations inside canteen of the People’s Daily headquarters. I wonder if the New York Times has Chinese elements during the Spring Festival in its New York office.@JanePerlez @ChuBailiang pic.twitter.com/sAkCYaZ4LA

Xi probably felt that Hu Xijin was acting like an evangelist in the Communist nation’s State media apparatus, and therefore, he has been kicked out. This year, you cannot see any Christmas post on Xijin’s Twitter handle, probably because the man knows that he is on thin ice.

The CCP seems to believe that Hu is only a pseudo-Communist and his religiosity is nothing less than an act of fraud for Beijing.

Hu’s ouster reaffirms how badly the CCP hates Christianity. Frankly, the Communist Party of China hates all religions and unsurprisingly has a history of repressing Christians too.

China had made the appointment of bishops in the country a State function since 2018. Underground Churches and Bishops that haven’t registered themselves with the State-run Chinese Patriotic Catholic Association (CPCA) too have faced Beijing’s wrath.

China has been demolishing and shutting down such underground Catholic Churches. At the end of the day, only those Churches would remain in China that are ready to join the CPCA. And to be declared illegal as a Bishop in China means that the CCP will rob you of whatever religious freedom you still enjoy. As per Bitter Winter, a priest said that he was summoned by the CCP three times in two weeks. He added, “They told me that I would be prohibited from celebrating mass if I refuse to join [the CPCA]. They even threatened to punish me according to the National Security Law if I do.”

The CCP is already at loggerheads with Hu Xijin. Apart from asserting his Christian identity, the man had also advocated media freedom— another cardinal sin in China.

On November 2, he wrote an article titled, “Frontline media need to be trusted to carry on mission.” Here, Hu Xijin not only underscored the media’s indispensable contribution towards the country’s stability but also dropped a subtle threat to the CCP if Chinese media continues to get ill-treatment from the state leadership.

Hu Xijin did not betray his emotions while penning the anti-CCP piece, probably the first time in his career. He wrote, “I feel deeply that it is becoming more and more difficult to do media.” He then added, “frankly speaking, media practitioners have been subject to increasing restrictions for some time. Most of these interventions have come from government departments and local governments other than the publicity department, as well as various influential institutions.”

Soon after the article began being read on a large scale in China, the CCP scrambled to delete it from social media and erase all digital footprints belonging to the piece. Hu Xijin had just committed a crime, for which he was about to pay soon.

Hu has made Xi angry and bitter. We assume that Hu’s ouster is just a preliminary step, and if Xi stays true to his merciless, evil character, he is likely to punish the former Global Times editor-in-chief in a much more brutal manner.

After ditching China, Lithuania to emerge as the biggest semiconductor hub in Europe