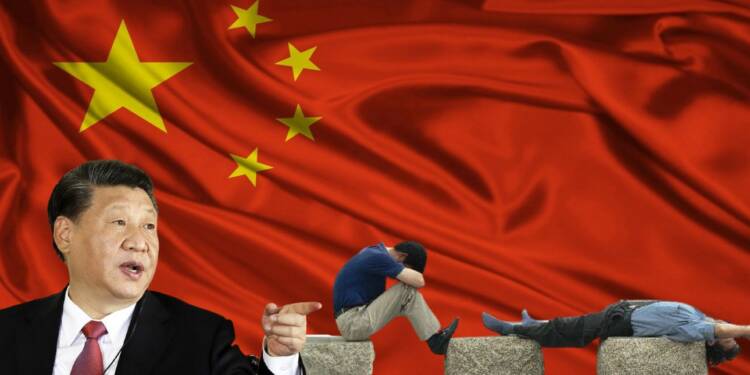 Is the Chinese Communist Party facing mutiny from its officials? Well, various media reports that emerged over the past week say so! party officials are going berserk; they are now openly defying party orders. And a rattled CCP has now resorted to issuing threats to the belligerent officials.

A rare trend emerges in China

The CCP recently reported that various officials are unexpectedly shunning promotion offers. They don’t want to be promoted. They are making their subordinates write letters to higher authorities against their removal. Some say their new jobs were not as good as their original jobs. Some are even citing their family problems for not adhering to the CCP directives.

This new trend of brushing off higher ranks in the Chinese administration by the party workers is indeed rare and flabbergasting. Higher ranks in the CCP regime come with all perks and luxuries of life. party officials rule like overlords in China; no accountability; no responsibility; and simply no affection towards the people. Even then, the Chinese officials are running helter-skelter after receiving promotion offers from the CCP.

Why do the CCP officials fear promotion offers?

The reason is straightforward. No one in the CCP is willing to do the dirty work. Higher ranks come with higher responsibilities, which make them bigger targets of Xi Jinping’s brutal purge campaigns. Everybody in the CCP is trying to become a “peace official.” Making mistakes is suicidal in today’s China. So, the party members are refusing to take over the jobs altogether. This is their own “lay flat” campaign against Jinping’s tyranny.

A 2018 report by the CCP media revealed that party officials are suffering from a “retirement complex.” Unlike Xi Jinping, they have little appetite for inflicting miseries on their people. So, the only way out of this Jinping-created mess for the Chinese officials is—Just lay flat, never do any mistakes, and never give the CCP any chance to create trouble for them.

Also Read: The fear of Jack Ma and Shanghai faction makes Jinping go for another Purge in China to get rid of all dissenters

Another reason for this open defiance by the party officials is the threat of them facing sanctions from the West. For instance, consider Chen Quanguo’s resignation from his post of the CCP’s chief in Xinjiang last month. The US, Canada, France, the UK, and the EU had imposed a plethora of sanctions on Chen Quanguo. Such sanctions render the overseas properties amassed by CCP officials completely worthless in no time. Hence, no one is willing to bell the cat in Jinping’s reign.

The party, of course, is livid at its officials. CCP media recently threatened its defying officials with severe consequences if they dare to haggle with senior officials. Many CCP keyboard warriors are also accusing these officials of being involved in corruption and illegal sexual activities.

As it appears, party officials and the CCP are locking horns at a time when Jinping’s sway over power has weakened down to dangerous levels. This is going to take a heavy toll upon CCP’s ability to suppress any civil uprising or implement any public policy.

The Chinese economy is in tatters and immediately needs attention from its policymakers. However, this growing rift between the party officials and the CCP top leadership will only create existential problems for the Jinping regime. Jinping’s brutal purge campaigns, which were once enforced to strengthen Jinping’s grip over power, have finally come to haunt his fragile regime in the form of mutiny by his own lackeys.

China deploys Tik Tok against Morrison after all else fails