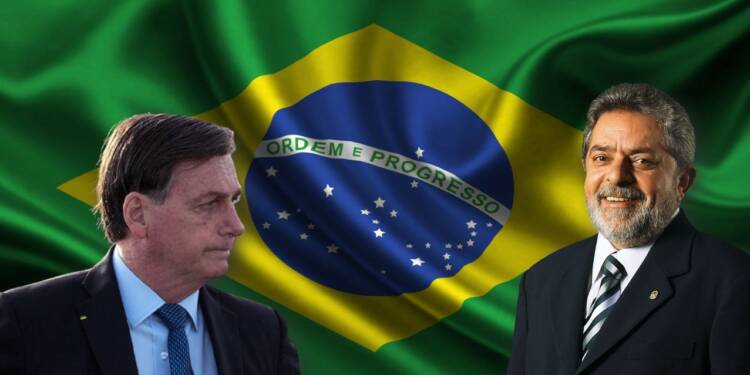 The situation in Brazil is a case study for the conservatives and the right-wing leaders all over the world. How a government manages the Covid-19 pandemic has a massive impact on elections. Brazilians will soon have the opportunity to oust or re-elect far-right President Jair Bolsonaro with elections scheduled in October 2022. However, with the situation in Brazil deteriorating the former army captain may already be in trouble.

In late November, his approval rating fell to a new low of 19 per cent, with 60 per cent of the populace thinking he is doing a poor job. Bolsonaro’s failure to deal with the pandemic coupled with his un-scientific temper has made his supporters sceptical of his governing capacities. However, the biggest beneficiary of the incapacitated governing of Bolsonaro is the left-wing political establishment of the country. And all these things are happening at the expense of Brazil’s right-wing ecosystem.

The falling fortunes of Bolsonaro

Bolsonaro has made headlines across the world in the last two years, being chastised for his harmful environmental policies in the Amazon jungle and his denialist position on the COVID-19 pandemic. The president has helped Brazil’s official COVID-19 death toll reach more than 600,000, second only to the United States, by discouraging social distance and refusing offers from vaccine producers to buy desperately needed doses.

Furthermore, observers claim Bolsonaro’s domestic problems are largely due to the present financial crisis in Brazil. Brazil’s economy has entered a technical recession this month due to rising inflation and an unusual drought that has hindered recovery from the pandemic. The reais, Brazil’s currency, is trading at all-time lows versus the dollar, with many accusing the president of breaking Brazil’s fiscal regulations in order to establish a new cash-transfer programme for poorer families in time for the election.

Bolsonaro’s dismal economic performance has aided former leftist president Luiz Inácio Lula da Silva’s surprising comeback. According to recent polls, Lula would win 46 per cent of the vote versus Bolsonaro’s 23 per cent if elections were held today. The re-emergence of a once jailed left-wing politician should come as a warning to the right-wing ecosystem that their fortunes may go down a downward spiral.

Lula has re-entered the political scene in Brazil. He routinely dominates the news these days, even more than Bolsonaro. Since last year, when the Supreme Court overturned Lula’s conviction, ruling that the judge who condemned him, Sergio Moro, had conducted the case in a biased manner, the seasoned activist, now seventy-six, has been unstoppable. Lula, who is railing against the struggling far-right president, is giving many Brazilians hope of a return to normalcy, if not to the good old days of his two stints in government, from 2003 to 2010. Every current survey on voting intentions predicts a landslide victory against Bolsonaro (and trounce every other likely contender, too).
Another, less conventional measure of Lula’s popularity is that his interview with Mano Brown of the famed So Paulo rap group Racionais MC’s was the most-streamed podcast episode of 2021 in Brazil, according to Spotify. Some even say that Lula would have reclaimed the presidency in 2018 if popularity had been the only factor. However, crime cannot be overlooked and in 2018, the courts upheld his imprisonment.

President Jair Bolsonaro has also been accused of pursuing a megalomaniac attitude to silence the opposition simmering in the high ranks of the government. In April this year, Bolsonaro ousted three military leaders whom he considered insufficiently loyal. The most controversial decision was the removal of General Fernando Azevedo e Silva, the minister of defence and a soldier with 45 years in service, which caused an immediate backlash.

Many in the military establishment are of the view that he was sacked for resisting Bolsonaro’s plans for a “coup-mongering adventure.” This was followed by the dismissal of three military commanders — General Edson Pujol, Admiral Ilques Barbosa and Brigadier Antonio Carlos Moretti Bermudez.

Read more: Bolsonaro was a right-wing messiah for Brazil. He has turned out to be a colossal failure

Earlier last year, a slew of countrywide protests had rocked Brazil. They were fuelled by the President’s implication in allegations of irregularities surrounding the $316 million contract signed in February 2021 with India’s Bharat Biotech for 20 million doses. Also, Brazilian Supreme Court Justice Rosa Weber had authorized a criminal investigation into Bolsonaro’s response to allegations of potential corruption within his health ministry. Apart from that, Bolsonaro was also facing a Senate Committee investigation into his government’s pandemic policies.

Bolsonaro secured the country’s presidency riding the massive wave of anger and frustration triggered by scandals that rocked Brazil under the previous governments. Bolsonaro, despite his controversial stance against gay people, sexist comments about women, racist comments about Brazil’s black population and his praise for the country’s 1964-85 military dictatorship; was chosen to power because the country desperately needed some respite from the deep-rooted corruption in the councils of the administration.

However, his policies have had a larger implication on the fortunes of the right-wing ecosystem and have inadvertently given fuel to the left-wing politicians to capitalise on the follies of Bolsonaro.