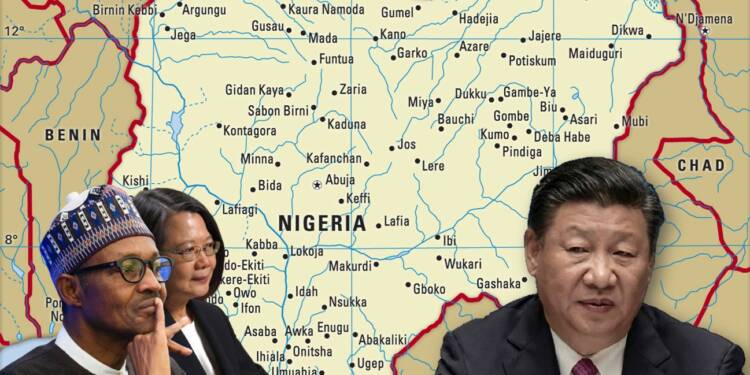 It was in 2020 that the Nigerian opposition had unearthed a hidden clause in one of the shark-loans of China to the most populous country of Africa. In the said agreement, Nigeria stood to concede its sovereignty to China if there would be any default in the repayment of the $400 million loans for the Nigerian National Information and Communication Technology Infrastructure Backbone phase 2 project signed in 2018 with the Export-Import Bank of China.

But Nigeria is in luck. It can salvage its ship – which is evidently sinking in a sea of Chinese loans – by taking the help of Taiwan.

Taiwan Swoops in to Rescue Nigeria

Taiwan is taking some big steps to replace China all over the world. It is a herculean task, but Taipei is giving it its best shot. In Nigeria too, Taiwan is looking to unburden the African country and its people off the load being shoved down their throats by the CCP.

Taiwan is eagerly looking for trade and investment opportunities for its electronics sector in Nigeria. In fact, the same was discussed between Nigeria and Taiwan recently. According to Taiwan News, more than 100 business leaders from the food, agriculture, science and technology, transportation, and computer sectors participated in the event.

Taiwan’s Foreign Minister, Alexander Yui emphasized the complementary points of both economies in several fields, including food processing, machine tools, and car parts. The Nigerian Deputy Minister of Trade, Industry and Investment Evelyn Ngige went ahead and expressed hope that delegations could visit each other in Taiwan and Nigeria once the COVID-19 pandemic subsides.

According to noted Nigerians, China is looking to export its ideological agenda into the African country. In fact, a literacy guide book aimed at training journalists on spotting and countering authoritarianism was recently unveiled in Nigeria, and it brings to light the unnoticed Chinese infiltration of the Nigerian media space, while at the same time imposing its ideological agenda in the country.

Read more: Conflict in Nigeria – When sectarian violence goes out of hand

Many in Nigeria blame their government for cosying up to China despite being aware of Beijing’s neo-colonial ambitions. Participants of the guidebook launch event blamed the nation’s leadership and elites for allowing countries with a communist ideology to dominate Nigeria’s market, stressing that such an attitude will have a ripple effect on Nigeria’s fragile democracy.

Nigeria is Africa’s largest economy, after having overtaken South Africa, and Beijing has set its eyes on the country to ensnare it in its debt trap. Up until now, China has offered loans to back eleven ongoing large-scale infrastructural projects, leaving Nigeria’s debt to China at $3.1 billion as of March 2020.

The total outstanding foreign loans of Nigeria stood at $23 billion in 2020, up from $7.02 billion in 2015. And Chinese creditors are increasingly putting pressure on the Nigerian Government to release these funds.

As reported earlier by TFI, China happens to be Africa’s biggest lender with debts worth more than $150 billion owed. In 2019, China’s outstanding debt claims around the world stood at well over $5 trillion.

Of late, China has been facing a lot of backlash from within Africa. The Belt and Road Initiative (BRI) has been losing steam, as Chinese projects in countries like Kenya and Tanzania are getting scrapped. One country after the other is now chasing China out. And with Taiwan entering the African scene, things are about to get awfully worse for Beijing.