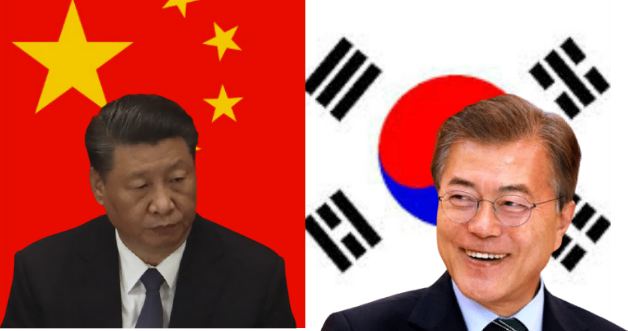 South Korea is one of the oldest surviving victims of Chinese belligerence. China uses a perpetual threat called North Korea to keep Seoul on the edge. To maintain a geopolitical advantage over Seoul, Beijing keeps playing the North Korean missiles card against South Korea. But North Korea is not the only concern for Seoul. In fact, in recent years, both South and North Korea have done a lot to establish communication channels and prevent incidents from flaring up into a Korean conflict of sorts. So, China has been upping the ante in the Yellow Sea. Here’s how things stand in this part of the world.

The Yellow Sea is a marginal sea of the Western Pacific Ocean located between mainland China and the Korean Peninsula. The Yellow Sea is 870 kilometres long and 556 kilometres wide. As is the case with China in all waters of the Indo Pacific, here too, Beijing claims the sea as its own. The Exclusive Economic Zones (EEZs) of South Korea and China overlap with each other in the Yellow Sea. Both China and South Korea claim an Exclusive Economic Zone (EEZ) of 200 nautical miles from their coastline in the Yellow Sea.

As per the UNCLOS, the maritime boundary must be determined by the Median line principle. But the CCP prefers expansionism over the UNCLOS and claims a larger EEZ on account of its larger population and longer coastline. However, South Korea is now preparing to give China the chills in the Yellow Sea.

South Korea is working on an extravagant anti-access and area denial (A2/AD) programme to prevent China’s navy from entering the Yellow Sea. The plan also includes smoking out any Chinese military or coast guard vessel that does make its way into the Yellow Sea, especially in the EEZ of South Korea.

According to Naval News, South Korea’s Agency for Defense Development (ADD) proposed a blueprint to deter naval activities of the People’s Liberation Army Navy (PLA-N) during the space seminar held by the National Assembly Members Jinpyo Kim and Byung-Ju Kim of the Democratic Party of Korea.

The key feature of the plan is to combine anti-ship ballistic missiles (ASBM) with satellites. The first move that the ADD proposed was to launch several low-orbit reconnaissance satellites to cover the Korean Peninsula, which would enable Korean military forces to detect targets and signals from them, along with communication satellites that have real-time information delivery systems.

While reconnaissance satellites will detect and track hostile ships in the Yellow Sea, the communication satellites will transfer relevant information to land forces and ships through a datalink. Thereupon, South Korea will fire anti-ship ballistic missiles to destroy a land- or sea-based enemy target.

Naval News reported that the choice of the ballistic missile for South Korea would be the Hyunmoo-2B ballistic missiles, which have a range of 500 kilometres. Effectively, South Korea is setting up a massive infrastructure to take down Chinese vessels in the Yellow Sea. While China has such capabilities as well, for Seoul to put them to use in the Yellow Sea will certainly put Beijing on the backfoot as it tries to establish itself as the sole owner of the water body.

If China can poke South Korea in the Korean Peninsula, then why can’t South Korea poke China in the South China Sea? And this is exactly what Seoul is up to.

Not only is South Korea enhancing its own offensive capabilities, but is also arming Southeast Asian nations with the sole intention of collectively taking on China.