Forget Hunter Biden, Nancy Pelosi’s son is a fraudster of another level 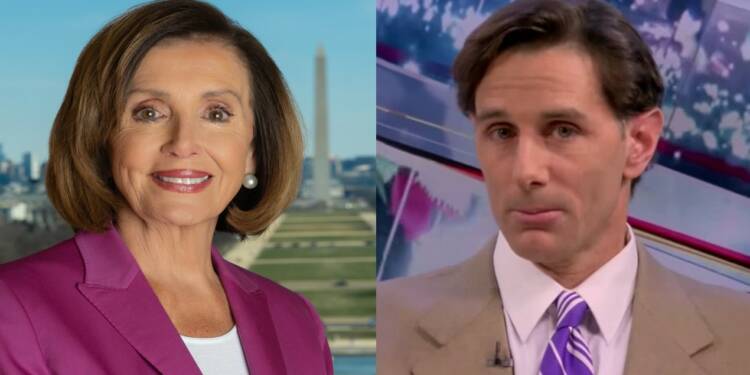 A socialist capitalist. That’s the most honest description of Speaker of the House of Representatives, Nancy Pelosi. A socialist capitalist can be described as a person who promotes Socialist policies to keep others poor but exploits capitalist policies to fill their own coffers. And Nancy Pelosi is doing the same. In fact, the Pelosi family – which is by far among the most powerful in the United States, is gaming the system quite shamelessly.

While Nancy Pelosi’s husband miraculously ends up investing in Tesla and the electric vehicle sector just before it is about to get a big governmental boost, her son – Paul Pelosi Jr. has now been caught having dealt with five shady companies over the past many years.

According to a DailyMail investigation, Paul Pelosi has been involved in several criminal activities.

Interestingly, Pelosi Jr. has never been charged for any of his criminal conduct. In 2007, while Pelosi Jr was still holding a full-time position as a home loan officer at Countrywide Home Loans in San Mateo and having no experience in database marketing, he was hired by data company InfoUSA as Senior Vice President on an annual package of $180,000.

Guess what this company did? InfoUSA sold millions of consumers’ data to fraudsters who used the information to scam the elderly, stripping some off their life savings. According to a New York Times investigation, InfoUSA also sold lists of people with cancer or Alzheimer’s called ‘Suffering Seniors’.

Intriguingly, right before Paul Pelosi Jr. joined the company’s ranks, all investigations into it were closed.

In 2009, Pelosi Jr. was recruited to be president of an environmental investment company called Natural Blue Resources. Is it a coincidence that this murky firm was found by the SEC to be controlled by two convicted criminals, who used Pelosi Jr. and others as a front to let them ‘personally profit from the company without disclosing their past brushes with the law to investors’?

In October 2013, Pelosi Jr. landed a job as Vice President of biofuel company FOGFuels. The founder of this company, Paul Marshall, had just been charged by the SEC a month before Pelosi Jr. entered the picture. Marshall was charged with stealing $3 million from mostly elderly investors in FOGFuels, for purely personal expenses. And by the way, this company also tested drugs on people without FDA authorization!

There are at least two more instances where Paul Pelosi Jr. got embroiled in shady and fraudulent companies. Once or twice is understandable, but how does a man engage with fraudulent companies under investigation by the feds, five times over? All of it, while accepting senior positions at the said companies!

Nancy Pelosi is no ordinary Congress member. She is the sixth richest member in the federal US legislature, and quite interestingly, her personal wealth has shot up as she rose through party ranks and started enjoying greater political powers and influence.

In fact, there has been a healthy rise in the net worth of the Pelosis ever since Nancy ascended to the top spot in the House of Representatives. Nancy Pelosi and her husband are getting richer on account of some very lucrative and lucky trading that they do in stocks and companies over which Nancy Pelosi exercises a lot of influence as the House Speaker.

Nancy Pelosi’s husband is either quite a lucky man or is in the know of undisclosed information that investors like him should not be having. We think it is the latter. So, owing to Nancy Pelosi’s many corporate friendships, it seems her husband gets to know which investment vehicle will reap maximum benefits for him. The couple has been engaging in borderline insider-trading for quite some time now.

Hunter Biden and the Biden family’s questionable dealings over the years fade in comparison to the exploits of the Pelosi dynasty. Paul Pelosi Jr. is a clear winner when it comes to shady dealings, in comparison to Hunter Biden. One cannot help but feel sorry for Hunter Biden – who is just a former junkie who made some very bad corporate mistakes. Pelosi Jr. is the real deal. He’s the man duping America without an iota of shame, even while his mother claims to be a beacon of democracy and ethics in the country.

Trapped by Russia, China sends an emergency SOS to Iran