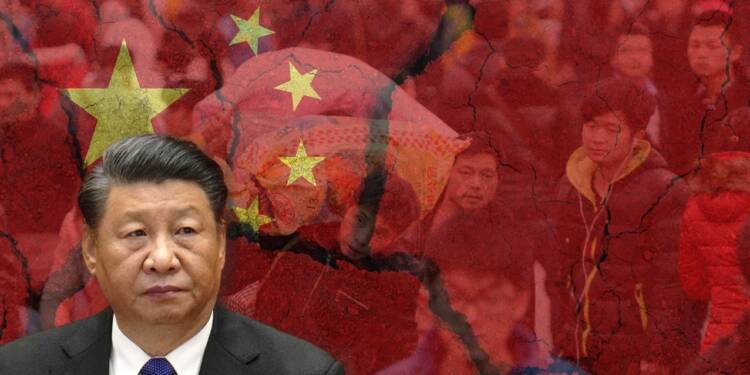 If you want to understand the truly horrific situation in China, one needs to travel to the not so much romanticised destinations in the country. It is always a good parameter to measure the actual socio-economic problems in a closed country like China. Since the double whammy of Pandemic and Economic situation had hit China, the lower-income families are the worst affected. The situation is so dire that the lure of jobs and some money is forcing them to illegally migrate to South-East Asian countries.

Since China closed its border to combat COVID-19 in early 2020, thousands of people continued to cross illegally in 2021 for opportunities on the other side. The National Immigration Administration claimed during a press conference on Wednesday that Chinese residents were lured to Southeast Asian countries with promises of high-paying jobs, many of which turned out to be with criminal gangs. The fact that one should focus on here is, even after being fully aware of the consequences, people from China are fleeing to South East Asia. This entirely encapsulates the extent and severity of the situation in Xi Jinping’s communist paradise.

Last year, Police found over 18,000 criminal cases, mostly at the southwestern border, and arrested nearly 50,000 people. The immigration administration did not break down the figures between migrants and smugglers, nor between people arrested on inbound and outbound journeys.

At a press conference on Wednesday, Qu Hanyun, deputy director of the National Immigration Administration, said,  “Over 48,000 criminal suspects were arrested, and over 47,000 personnel trying to cross the border illegally were apprehended — up 3.6 and 3.4 times, respectively, from the previous year.” Traffickers and people aiding them from other areas were among the 48,000 “criminal suspects” arrested, according to Qu. He didn’t go into detail about the 47,000 persons that were “apprehended.”

Criminal gangs frequently advertise misleading job openings online, luring people into jobs abroad that include scheduled flights, free meals, and lodging. People were coerced to participate in illicit activities such as telephone fraud and unlawful gambling after being smuggled out of the country, according to Liu Haitao, director of the Department of Border Inspection and Management, who spoke at the news conference.

However, one cannot deny the situation in China’s larger parts is so bad that the people are literally fleeing China even after knowing full well the consequences if they are caught.

Mounting criticism against Xi Jinping and the worsening situation in China

China is a country where any criticism of Xi Jinping by a normal person, let alone a highly influential person is an extreme rarity. However, the situation is so dire that even the most influential CCP members are coming out in open to criticise Xi Jinping.

Cui Tiankai, a senior Chinese diplomat who served as China’s Ambassador to the United States of America for a period of eight years from 2013 to 2021, said, “Every ounce of our peoples’ gains has been hard-won, and we must not allow them to be plundered by anyone or suffer losses due to our own carelessness, laziness and incompetence.” He added, “In the face of complex situations, we must always have the country at large in mind, and not always think about being an internet celebrity.”

Tiankai, therefore, zeroed down on the corps of wolf-warriors that Xi Jinping has raised. You have people like Zhao Lijian in the Chinese diplomatic establishment who talk about blinding the Five Eyes intelligence network by poking in their eyes. Xi himself said that countries that dare to “bully” China will see “their heads bashed bloody against the Great Wall of Steel forged by over 1.4 billion people.”