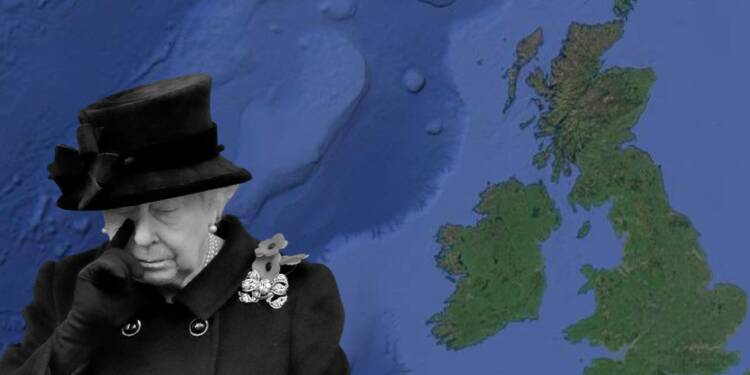 At its peak, the British Empire was the largest empire to have existed on the face of the planet. In 1921, the empire covered nearly 25 per cent of earth’s land area and housed nearly 20 per cent of the world’s population under its direct control. Great Britain had colonies in every part of the world – from Asia to Australia and from the Americas to Africa – the Union Jack reigned supreme. The extent of world domination achieved by the Kingdom can be understood from the fact that if the Empire were to be existing today, it would have covered all the continents encompassing at least 64 countries under its rule.

That is just the territorial might that the British enjoyed. The United Kingdom was also an economic powerhouse! The British empire, by the way, had the largest navy in the world, and it controlled all the major trade routes of the globe. Britain had access to major ports in the most important of trade centres, like Bombay, Sydney, Cape Town, and Hong Kong. Did you know, London remained the economic capital of the world until challenged by New York after World War I?

The UK is still the fifth largest economy in the world. It continues to enjoy a somewhat high standard of living and continues to exert great influence in matters of international importance. But it is all slipping away fast. And that is our main talking point today.

After World War II, the United States began outrunning the United Kingdom at an unprecedented pace. Beginning in 1945, the United Kingdom went into a phase of intense ‘austerity’. The United Kingdom became a comprehensive “welfare state”. Do you know what that means? The UK adopted socialism like there was no tomorrow. The Bank of England, railways, heavy industry, steel, and coal mining were all nationalised. Economic recovery was slow, housing was in short supply, bread was rationed along with many necessities remaining in a perpetual state of short supply.

Read more: It’s official: Once an economic superpower, Britain is now on its knees

The British economy survived solely at the mercy of American loans. In 1951, the Conservatives returned to power and presided over 13 years of uninspiring economic recovery. After its victory in World War II, the second-best thing to have happened to the United Kingdom was the rise of Margaret Thatcher as Prime Minister in 1979.

Under Thatcher, the United Kingdom embraced capitalism and privatisation. Free trade, open markets, privatisation, deregulation and reducing the size of the public sector – all of it spread rapidly across the world via the US and British treasuries’ political domination of the World Bank and the International Monetary Fund (IMF). Thatcher emphasised on enhancing competitiveness and the flexibility of labour and product markets.

Margaret Thatcher lowered direct taxes on income and increased indirect taxes. She increased interest rates to slow the growth of the money supply, and thereby lowered inflation; introduced cash limits on public spending and reduced expenditure on social services such as education and housing. By 1990, she had turned the British economy around.

But things have pretty much gone downhill ever since.

According to a recent study conducted by IEA, a majority of millennials and Generation Z people in Britain want to live under socialism because they believe it is the greatest system for addressing the inequality in the UK. According to the survey, 16 to 34-year-olds in the UK are “hostile to capitalism.” Young people want to renationalise the railways, energy, and water systems, and keep private firms out of the NHS.

In December 2021, Britain’s cost of living crisis worsened after inflation jumped to 5.4% – its highest level in almost 30 years. The annual rate of consumer price inflation increased to 5.4% from November’s 5.1%, the highest since March 1992. According to the Bank of England, the consumer prices index (CPI) is expected to rise to 6% by April, while some analysts have forecast it could hit 7%.

The British story since the 2000s is that of a ship slowly sinking. The problem is that those on the ship think it is unsinkable. That a miracle will indeed come around and make all things merry once again. So, British leaders, including Boris Johnson are doing little to address the structural faults in the United Kingdom’s economy and society.

As a result, the faults are only exacerbating. The UK can no longer pretend to be the ‘numero due’ power of the world. That position, at least in economic terms, has long been occupied by China – which Britain grew pretty close to in the years of David Cameron. Now, the need of the hour is for the UK to turn inward, start focussing on domestic issues and not be driven by an insatiable urge to be seen as one of the world leaders. That position will come to it automatically once it fixes its domestic crises. If British leadership continues to evade the responsibility of fixing the country from within, they soon might not have a country worth saving.