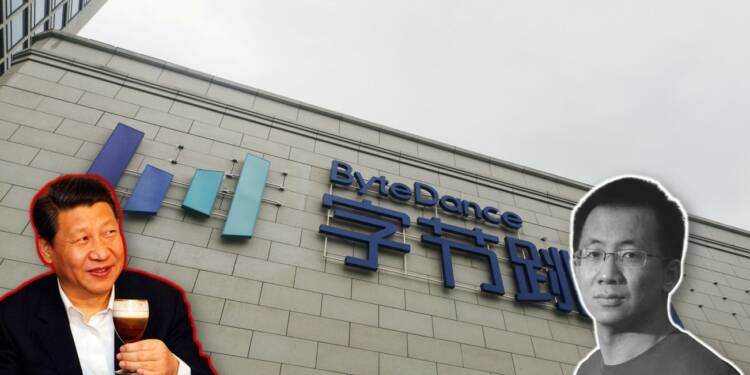 Oxford defines ‘Investment’ as the action or process of investing money for profit. Yes, “profit” is the reason people are willing to invest their hard-earned money into start-ups, stocks, and ventures. However, in China, seeking profits has been declared a sin by the Xi Jinping administration. So, even big tech giants like ByteDance Ltd are now forced to shun their investment business to cut down their losses and shore up their existence.

ByteDance reins in its investment business, before Jinping does

Bloomberg on Wednesday reported that ByteDance is downsizing its powerful investment arm to keep Chinese regulators at bay. The report mentioned that ByteDance will be dissolving its internal venture capital and investing team that currently invests in promising start-ups. Another investment firm that helps fund small and medium-sized companies is also undergoing a radical overhaul.

This comes as Chinese regulators, including the Cyberspace Administration of China (CAC), are reportedly in the works to issue even harsher guidelines for big investment firms. As per the new guidelines, companies having revenue of over $1.6 billion or more than 100 million users will have to seek approval from the CAC before making any investment or raising funds. These rules are being introduced to further tighten the state’s grip over big tech giants like Tencent, Alibaba and ByteDance.

The CAC has already reformed rules to stymie overseas listing ambitions of Chinese companies. Also, the government is taking steps to prevent local start-ups from seeking foreign capital. Consider these separate news reports that reveal China’s appetite to sicken its tech giants to have better control over their functioning.

Read More: China hides economic data from foreign investors in its quest to not lose them forever

How the move may cost the Chinese economy

China wants to throttle its tech firms to push forward Xi Jinping’s “common prosperity” agenda. However, this is going to take a massive toll upon China’s so-far flourishing start-up culture and well-being of the smaller firms. It was recently reported by TFI Global that more than 4 million firms had gone missing in China the last year. By comparison, less than 1.5 million new firms opened at the same time.

It was the first time in two decades that the number of micro and small firms shutting shop had exceeded the number of such new firms getting registered.

With over 40 million micro and small firms, the small-scale firms are considered the “backbone” of China’s private sector. And around one-tenth of such firms simply got wiped out last year. Small firms scattered across China’s industrial hotspots account for half of the country’s tax revenue, 60 per cent of its GDP and 80 per cent of urban employment. So, the CCP regime’s strict guidelines made to rein in the big tech giants could very well end up drying up funding for its small firms.

You see, Xi Jinping’s “common prosperity campaign” is purely a political campaign, and it has nothing to do with the betterment of China’s poor. Jinping is eying the third term in the office despite an economic and political crisis. By clamping down on big tech giants, who are inherently close to Xi’s rival Shanghai faction, Jinping wants to neuter his political rivals once and for all. However, this may very well sicken China’s economy beyond repair.