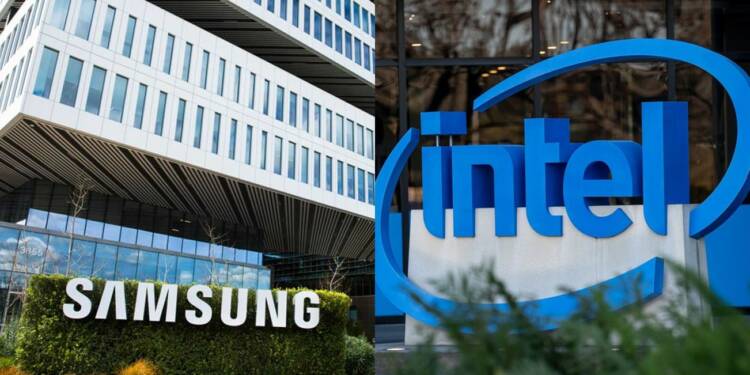 Apart from its vast semiconductor business empire, Intel is known for having extremely close ties with the Chinese Communist Party. At beginning of this year, Intel attempted to please China by deleting references to Xinjiang from an annual letter sent to suppliers. The American company made it clear- it will prioritize its business interests in China ahead of the human rights of poor Chinese.

And make no mistake, when former US President Donald Trump had launched a scathing trade war against China back in 2019, Intel conveniently chose to side with China to save its profits and shore up its revenues. Intel was quietly lobbying the US deep state to impede the Trump administration’s plans to punish China. Top officials from Intel were lobbying the US commerce department to ease the ban on China’s Huawei, a national security threat for the US that has direct links with the Chinese military.

Intel gets its pockets burnt in China

You see when it comes to choosing sides between US and China; Intel prefers to embrace the communist giant to keep its business interests intact and afloat. However, Intel’s plan has miserably backfired now. It is now realizing placing bets on China was one of its biggest mistakes. Consider these numbers now:

Nothing extraordinary here; Intel’s fortunes are sinking, and its love for China is now proving to be perilous. For instance, when the world was grappling with vehement chip shortages last year, Intel saw there an opportunity to ramp up its production in China.

Intel pushed for ramping up production in China during the pandemic

Intel’s overreliance on the communist nation is now turning out to be a pain in the eye for the American company. Crackdown on tech giants has dampened demands of Intel-made chips in China. It refused to shift away from China when others did. And now it’s paying a heavy price for the same.

The South Korean giant tactfully shifted its business away from China to countries like India and Vietnam over the last few years, which helped the company gain acceptance in democratic nations. Samsung is already planning to build a $17 billion semiconductor factory in Taylor near Austin, Texas, over the next three years as part of an effort to increase its manufacturing capacity and alleviate the global chip shortage.

Read More: Samsung is investing in America but not in any blue state

Lesson for other China-loving corporates

When it came to dumping China for democratic countries, Samsung spearheaded the exodus from the CCP-ruled nation which even led to the emergence of ghost cities in the communist country. And now, Samsung’s efforts are paying off. Samsung has gained the trust of users outside China impressively, leading to the company witnessing record-breaking profits and revenues last year.

This also serves as a life lesson for other businesses eying better growth prospective. Commercial links to China could very well harm their business interests in democratic countries. Intel learned this lesson the hard way, but that is sure to raise red flags for other China-loving corporates of the US.