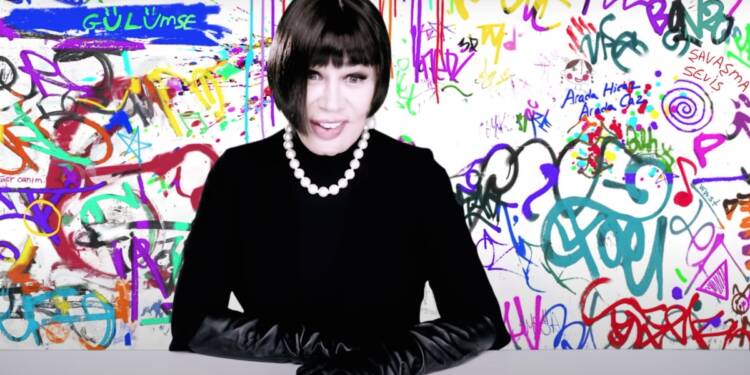 Turkey, under the dictatorship of Recep Tayyip Erdogan, is rapidly transforming into a radical, extremist, fundamentalist, fascist and intolerant Islamic country. Recently, Sezen Aksu, the Turkish pop singer and songwriter, suffered the wrath of some Islamist groups of Turkey. This happened because of a song she wrote five years ago. The song allegedly insults the biblical Adam and Eve.

After this incident, Aksu has been one of the topmost issues in parliamentary debates, discussions and speeches. Also, many statements by Turkey’s powerful Religious Affairs Directorate (Diyanet) and some Turkish political parties internal dynamics, have been targeted towards her.

How did it all start?

This controversy started when Aksu shared a clip of her 2017 song, “Sahane Bir Sey Yasamak” (How Wonderful to Be Alive) on her YouTube channel. Sharing the video clip, she wished everyone a happy new year. The lyrics of the song goes like this, “Pleasure and pain, plans and games, standing tall or hitting the bottom, it is wonderful to be alive. Here we are, on a roller coaster, heading straight to disaster, just say hi to Adam and Eve, those ignorants”.

The song was largely ignored for a long time until it took off on social media. Soon, Aksu became the target of duelling and hateful hashtags like #sezenaksuknowyourplace, accusing the singer of blasphemy. After a week, the controversy is still being fueled by political statements on both ends of the political spectrum of Turkey.

Also Read: ‘This is Islamic law,’ Erdogan refuses to save Turkey’s crippled economy

Why is it all happening?

On January 17, Turkey’s Religious Affairs Directorate (Diyanet) made a statement that urged the citizens to be very careful of public sensibilities while referring to any religious figures. He did not directly name Aksu, but he clearly pointed out towards her by saying that the statements about holy figures like Adam and Eve must not show disrespect.

Also, in a recent tweet, Cuppeli Ahmet Hoca, an often ridiculed cleric, accused Aksu and her supporters. He tweeted, “If those who deign to insult the mother and father of humanity are considered to be the top artists of this society, isn’t it clear that this is not a society that is worthy of God’s favour?”. Hoca has a large online following.

Recently, an Ankara based lawyers group has filed a judicial complaint against Aksu, stating that she has insulted their religious values and sentiments. According to Islam, Adam is considered the first prophet. Also, he and Eve are referred to with the religious honorific titles Hz. Adem and Hz. Havva.

Read More: Turkey has turned into a ticking time-bomb for Europe

The Turkish Penal Code has Article 216/3 which can be used to penalize “public degradation of religious values”. Also, if the act causes any disturbance to the public peace and order, the offender can be charged and punished with imprisonment ranging from six months to one year. This vaguely worded article of the Turkish penal code has been used several times in the past 10 years to silence university protests like the Bogazici University protests, to arrest students, and to charge many Turkish intellectuals for Blasphemy, like in the case of renowned pianist Fazil Say and Turkish-Armenian writer Sevan Nisanyan.

It is quite clear that the rising intolerance in Turkish society and the rising number of Islamists and extremists in the Turkish population is all because of the support and sponsorship by the Erdogan regime. It is Erdogan, his government, his ministers, officials, authorities and administration who are responsible for fueling up the religious and extremist sentiments among the people and thus killing the right to freedom of speech and expression for the Turkish people.